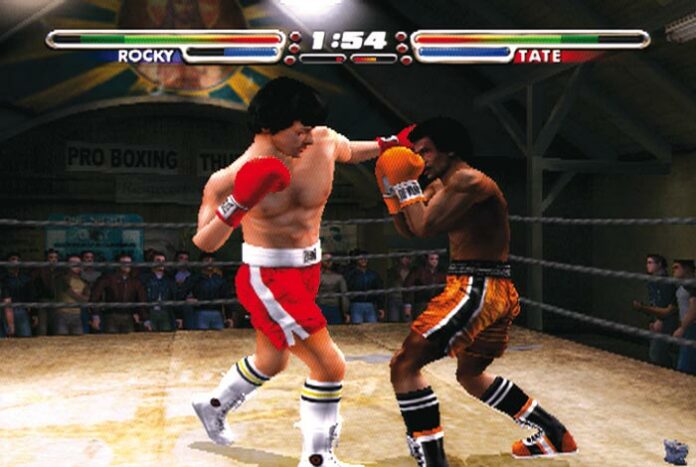 With Rocky Legends Ubisoft gives us the successor to the surprisingly good film version Rocky. Again, the story mode takes the central role in the game. You can no longer only compete with the title hero, but also with Champion Apollo Creed, Clubber Land aka Mr. T or the Russian fighting machine Ivan Drago. Nice training games, many original locations, the well-known soundtrack and the improved cutscenes with consistent German dubbing capture the film atmosphere well.

Thanks to precise control, the arcade-heavy fist fights always go quickly. In contrast to the Xbox version, the PS2 version’s graphics suffer from significant edge flickering. However, owners of the predecessor should consider whether the included bonuses such as film trailers or boxer biographies are worth buying again, since otherwise there is little that is new. All other boxing or Rocky-Fans are allowed to join Legends fulfill a childhood dream without hesitation.

Subtly revised sequel that still captures the flair of the “Rocky” films well.

Tencent: slide on the market, since 2021 lost 650 million dollars