Andor is doing better than expected

Despite good ratings and positive reviews, Andor has not made the top list of most watched streaming productions and this has confused many as it is a series that, in addition to the good ratings, is also much discussed.

While it was above average according to Parrot Analytics, it was lower than The Mandalorian, Obi-Wan Kenobi and The Book of Boba Fett. The series had clocked 624 million minutes on Disney Plus two days after its September 21 premiere. Compared to The Rings of Power, Amazon’s show had more than double. Well, that’s not a huge surprise considering it’s a return to a beloved franchise and one of the biggest, most expensive marketing campaigns in streaming history, but many still think Andor should have done better.

This was tweeted and widely shared by Parrot analyst Brandon Katz, which also sparked concern among fans as shows that don’t live up to expectations tend to get canceled but are now turning out to be wrong.

Turns out he entered the wrong numbers and the series actually did better than first thought. The numbers were just wrong and Andor performed roughly in line with expectations and even outperformed in some areas. It should also be said that Andor has the most difficult starting position of any Star Wars series. When The Mandalorian came out, it was the first of its kind and the series also lacked much competition on streaming platforms. It was much more difficult for the others as they really had to fight for the audience’s favour. Obi-Wan has faced smash hits like Stranger Things Season 4 and The Boys Season 3, and Andor has had his toughest time with both The Rings of Power and House of the Dragon, two series that not only draw millions of viewers , but lately also own social media. 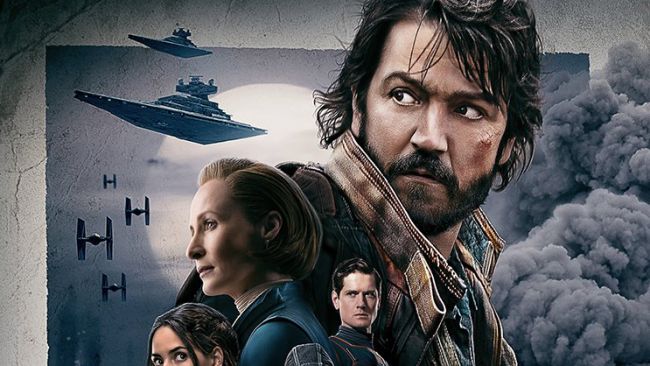 Samsung, Oppo, Sony: which smartphone on sale to choose at RED?

The photonic chip of a new design transmits data at a speed of 1.84 Pbit / s - a record allows you to transfer all Internet traffic in half a second - Aroged

Mario Kart 8 Deluxe: The new DLC tracks have been improved so blatantly

After the Fall will be a PS VR2 launch game, it’s official