Apple M2 “Extreme”: we have more information on the characteristics of Apple’s super-powerful chip

After the M1, M1 Pro, M1 Max and M1 Ultra chips, Apple is preparing a new level for its Mac Pro with the M2 “Extreme” chip. 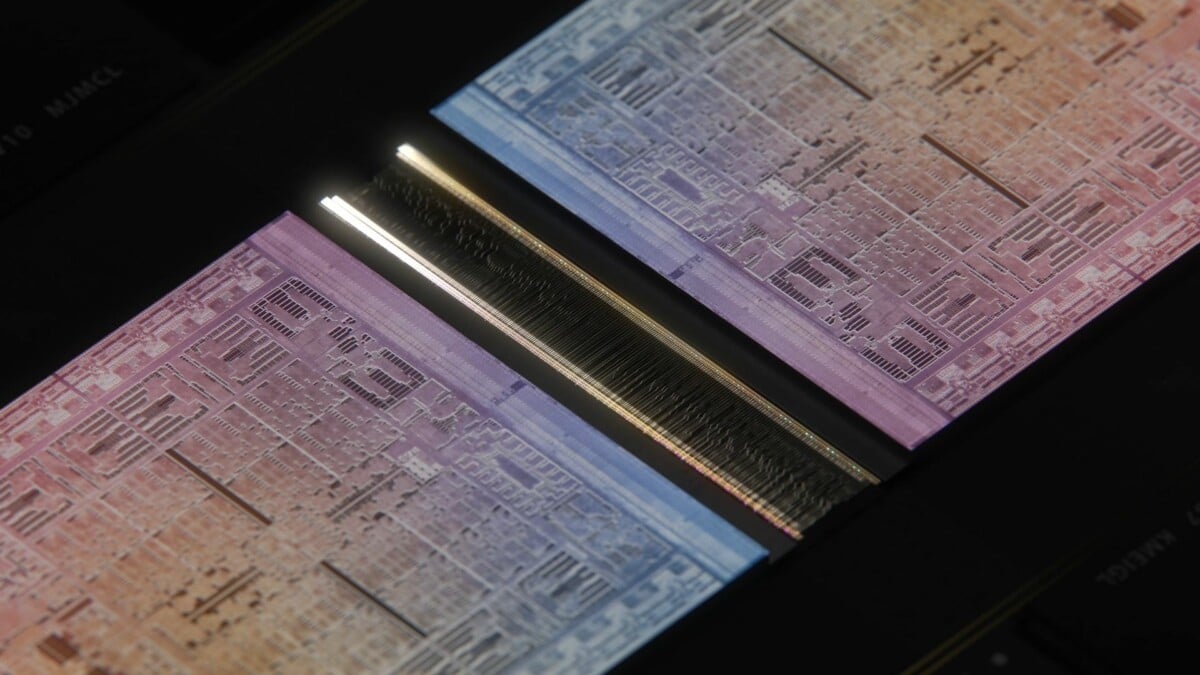 Since switching to its own in-house chips, Apple has been impressive with the performance of its MacBooks. The firm has managed to offer an excellent MacBook Air and high-performance MacBook Pros, but also a desktop Mac Studio equipped with an M1 Ultra chip whose power can only be exploited by a tiny part of users.

In its catalog, the Mac Pro remains equipped with an Intel processor for the moment. We therefore expect a renewal in the near future under Apple Silicon technology. A change that opens up a lot of questions about the modularity of the product. This was indeed one of the strengths of the Mac Pro and an important criterion for the customers concerned. In the absence of clarification on this point, we know more about the future Apple M2 “Extreme” chip that the machine should integrate.

It is to the journalist Mark Gurman of Bloomberg that we owe these indiscretions. The Mac Pro is currently being tested by Apple with different configurations. We are talking about options that would be “2 to 4 times more powerful than an Apple M2 Max chip”.

We must also remember the particularity of the Apple M1 Ultra chip used on the Mac Studio: it is twice as powerful as an Apple M1 Max chip because it is physically two connected M1 Max chips. We are talking here about a chiplet design.

If we look back on the quote, we understand where Apple is coming from with its Mac Pro. The chip would this time be an assembly of two M2 Max chips, probably the future M2 Ultra, or four M2 Max chips, which we can call M2 “Extreme” for the moment.

This would correspond to the choice between a chip with 24 or 48 CPU cores and 76 or 152 GPU cores, with up to 256 GB of associated RAM, just that. Mark Gurman is able to say that a Mac Pro with 24 CPU cores, 76 GPU cores and 192 GB of RAM is currently being tested by Apple with macOS Ventura installed.

It remains to be seen when Apple could launch this super-powerful machine. Perhaps the firm will wait until the beginning of 2023 for the presentation. Apple unveiled its Mac Studio in March 2022.

Hyundai Kona 64 kWh: cost of recharging and range over a long journey of 850 km

Hideo Kojima: Would like to continue creating films and music