Last week, the men played three ATP 250 tournaments. In Antwerp, Felix Auger-Aliassime won, moving up from tenth to ninth. This is the only change in the top 10.

In Stockholm, Holger Rune became the winner, which allowed the Danish tennis player to update his personal record – 25th place.

In Napoli, Lorenzo Musetti won, he also showed the best result in his career – 23rd place. 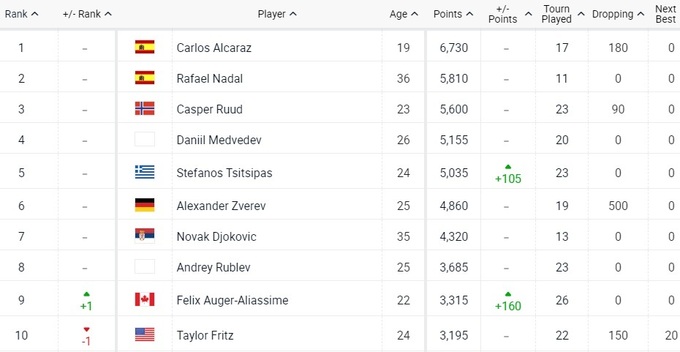 As for the Ukrainians, almost everyone lost their positions, only Vladislav Orlov, Alexander Belinsky and Ilya Beloborodko improved their position. 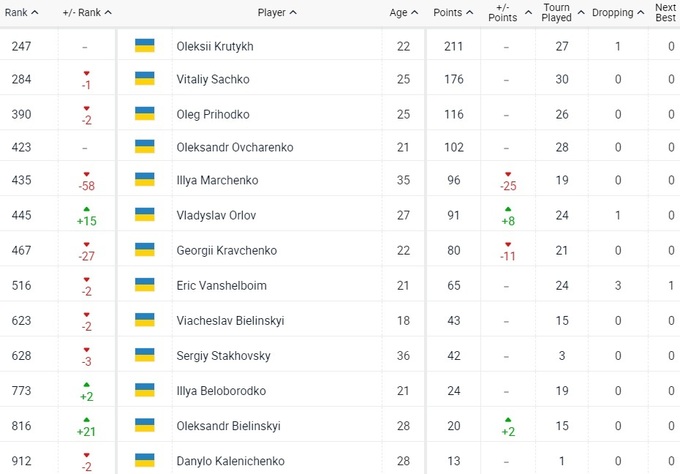 In the Championship race, Stefanos Tsitsipas overtook Kasper Ruud, and everyone else kept their positions in the top 8.