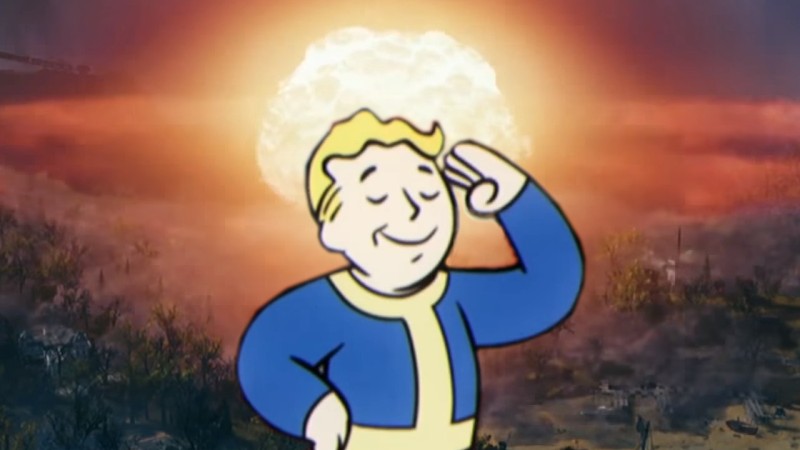 The White House is nothing more than a radioactive crater in Fallout 3 because Bethesda didn’t have time during development to actually build the entire building.

Lead artist Istvan Peli shared the studio’s predicament in a new video that highlights the American capital in the game.

While working on Washington DC, we realized that we had not yet done the White House and we really did not have room in the schedule to do the White House. We did a lot of other landmarks and their ruins scattered throughout the city, but this one was pretty important. We had little time. What do we do?

Bethesda had one idea: blow it up.

“Let’s make a crater,” Peli says. “The White House would be the first thing they took out, so let’s just wipe it out. It doesn’t exist here.” It wasn’t exactly a fair trick on our part, but it worked and I think people enjoyed it.”

As Peli says, Fallout 3’s recreation of Washington really does include icons like the Lincoln Memorial and the Washington Monument, or at least what’s left of them, and the contrast between them and the completely destroyed White House in the game really showcases the devastating effects of a nuclear attack. war.

In the same video, executive producer Todd Howard reminisces about how the team visited these attractions to take photos and were sometimes stopped by security guards. “Someone got stopped at some point,” says Howard. “They’re like, ‘What are you doing?’ ‘Well, I’m imagining how it’s going to be detonated by a nuclear bomb.’ And they’re like, ‘You need to get out of here.'”

The Colorful iGame Neptune graphics card consumes up to 630 watts, more than any other NVIDIA RTX 4090 - but this does not give a noticeable performance boost

Wladimir Klitschko met with the Minister of Economic Development of Germany

PS4 and PS5 2022 games: all PlayStation exclusives from Bloodborne to God of War Ragnarok