Coach Metallist 1925: “The team played for each other” 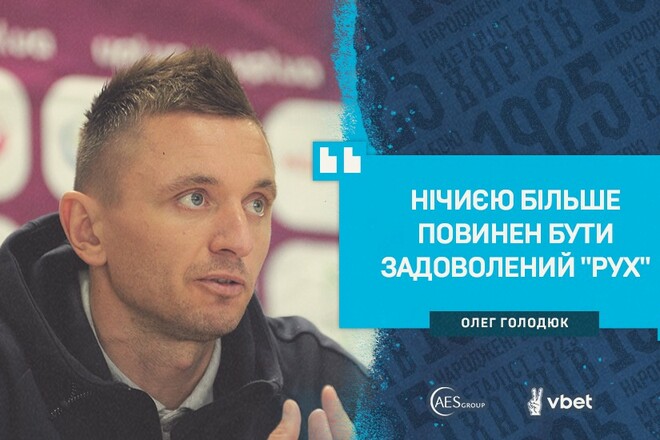 The coach of Metallist 1925 Kharkiv Oleg Golodyuk commented on the draw with Rukh Lviv (1:1) in the match of the 9th round of the Ukrainian Premier League.

– Difficult game. Probably, like any game in Lviv against Lviv teams. You know, the day before we had changes in the team, but this question is not for me. I am not aware of the situation and can only comment on the game itself. Tough game, but well done guys. The last few days were all in a stressful situation, but found the strength and played for each other. They didn’t lose to Rukh in the fight and got rewarded for it at the end of the game by scoring a goal. Although, in my subjective opinion, Rukh should probably be satisfied with a draw.

– Your team looked very good today, it was an equal game. How do you share the responsibilities with Edmar and how does it feel to be on the bench as a coach?

– We have completely equal duties, we do not have a head coach. We have two people who were trusted, or rather not only the two of us, there is also a goalkeeping coach and a physical training coach. We were entrusted, I don’t know for how long, to lead the team and we do our best so that the guys enjoy training, although little time has passed. In general, we still cannot fully understand this situation, we have only been working with the team for two days, this is new for us and for the team. During these two days, we could not give them anything, this is all the merit of the team, they played for each other, they know how to play. They didn’t do anything new, they just did what they used to.

The European Commission announced the final separation from Russian gas