Somehow Blizzard can’t pull the cart out of the mud anymore. Diablo Immortal was not well received by the players from the start because of its financing model, now an item description is causing displeasure. 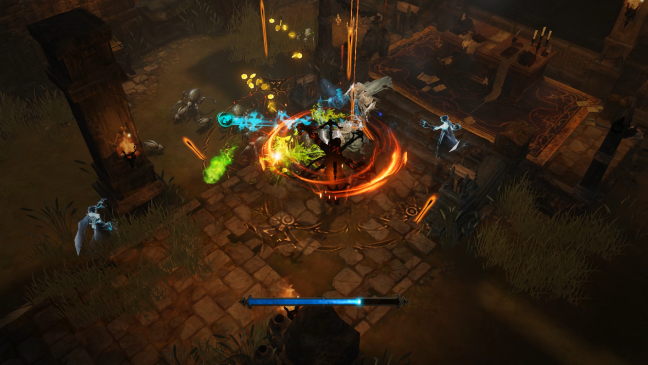 Actually, that shouldn’t happen. The Legendary Gem obtained from the Blessing of the Worthy was listed in the Diablo Immortal shop with an incorrect description. So you should get a 20% chance of retaliation if you take damage. Nearby enemies then take damage equal to 12 percent of the player’s maximum health.

So far so good. Too bad that the description of the gem suddenly changes after several upgrades. From a certain rank, the damage to opponents is no longer based on your maximum life, according to the description, but on your current life. This understandably confused the players, because which value is now used as a basis?

And here’s the real annoyance: The gem only deals damage based on your current lives at each rank. This makes it far less powerful than when it was sold to paying players. Under the Reddit post, in which the community manager SinfulScribe addresses the topic, the players are correspondingly indignant and feel like they are being tricked. You would have spent money on an item that does not deliver the promised effect. Blizzard has not yet responded to requests for a refund.

So far, the text description has not been changed either, that will only happen with the next content update. So you’ve been warned, the Legendary Gem in Blessing of the Worthy isn’t nearly as gnarly as it might seem.

New app for Windows on the way: PC Manager - Aroged

In Pentiment, it is impossible to get all the achievements on Xbox in one playthrough