Aroged Kutai Kartanegara – Call of Duty: Modern Warfare 2 players have complained about the ban they received, due to a single player early access bug in the game. Some of them even claim to have received a permanent ban for no apparent reason.

The sequel to Call of Duty: Modern Warfare is yet to be released in the next few days, but if fans of the Call of Duty series can’t wait, they can still play the early access pre-orders of the game, with the single player campaign mode. And unexpectedly, some players were reportedly surprised by the fact that they had been banned from playing on the Call of Duty: Modern Warfare 2 servers. They were even banned from accessing the available early access campaign mode.

A Reddit user with the account Bender99342 was one of the victims of the bug, which was sentenced to permanent ban for no apparent reason. In a Reddit thread titled “I was banned from playing single-player games for some reason …” uploaded by him, he mentioned that he had received a “Connection Failed” message, while accessing the early access campaign mode in the game Call of Duty: Modern Warfare 2. Message it even explains that players have been “permanently banned” from playing on the Call of Duty: Modern Warfare 2 servers. 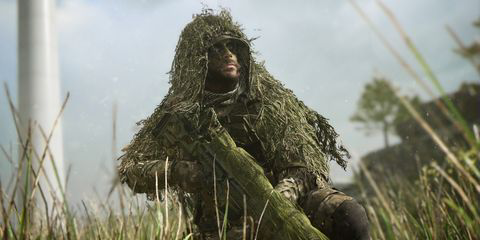 Call of Duty: Modern Warfare 2 | Sentenced to Permanent Ban Due to Bugs

Sentenced to Permanent Ban Due to Bugs

Based on the responses from Reddit users to the post, it can be concluded that this problem is a fault of the system. Because it doesn’t make sense, if players are sentenced to permanent bans while playing the single player campaign mode. While another reason shows that the campaign mode server in Modern Warfare 2, is “online” and supports the RICOCHET anti-cheat system when the game is run. So that ban penalties may occur, as if the player was proven to have cheated in Multiplayer mode.

Bender99342 himself confirmed that he was not cheating, and explained that at the time, he was playing Call of Duty: Modern Warfare 2 on the Steam Deck, before crashing, and failing to reconnect. The only explanation he can think of right now is that when it crashed, his Steam deck was running the League of Legends Blitz App in the background. Which is then considered by RICOCHET as a potential risk of fraudulent activity.

Vasily LOMACHENKO: "I believe I can beat Haney in the battle for all the titles"

Poco F4 Pro: smartphone not released by Xiaomi is discovered