Dune 2 to begin filming in Abu Dhabi next month

As principal photography is in full swing, Denis Villeneuve’s Dune: Part Two is moving the filming location to Abu Dhabi starting in November. Preliminary filming for the sequel took place on July 4 at Brion’s tomb in Altivola (Italy) and principal photography began on July 18 in Budapest, Hungary.

During the Cultural Summit, Abu Dhabi Film Representative Hans Frykin spoke with Sam Kozhaya, Executive Vice President of Operations and Corporate Development at Legendary Entertainment, producer of Dune, in a panel titled “Dune: Building a Blockbuster Movie Franchise.” They discussed the rich landscape featured in the first Dune film and how Abu Dhabi will play its role as the iconic setting for the desert planet Arrakis in the sequel, due out next month. “Abu Dhabi has been an important partner for us in the success of Dune,” said Kozhaya. “In order to truly create the world of Arrakis, first of all, Denis needed authenticity, but based on reality.” 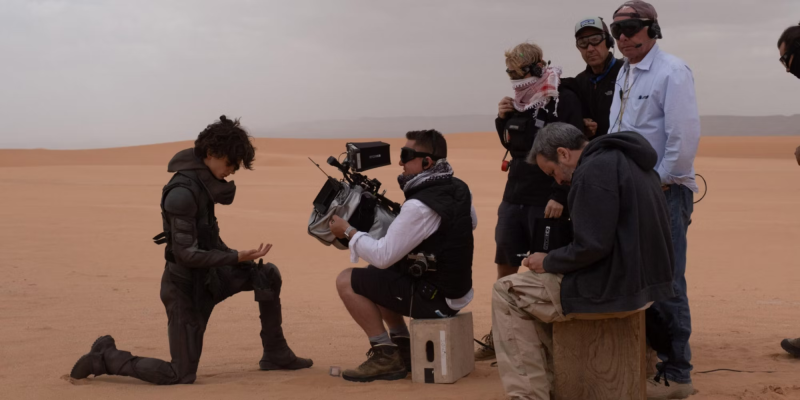 Kozhaya plans to increase the size of the local film crew, this time creating between 700 and 800 jobs. Legendary Films will also hire five interns from the UAE and plans to host workshops in Abu Dhabi for emerging filmmakers and technicians in the UAE. “We thought it was a great opportunity to bring back knowledge,” Kozhaya added. While it’s no surprise that the Dune team is returning to Abu Dhabi, it’s still nice to see Villeneuve filming most of Dune 2 on location rather than in a green-backed set.

Mac Pro M2 arrives in 2023 with no chance of competition

Nuclear-free status of Ukraine - on this day in 1991, the Verkhovna Rada proclaimed nuclear disarmament

WoW: Dragon riding made easy – this is how you find all glyphs quickly and easily