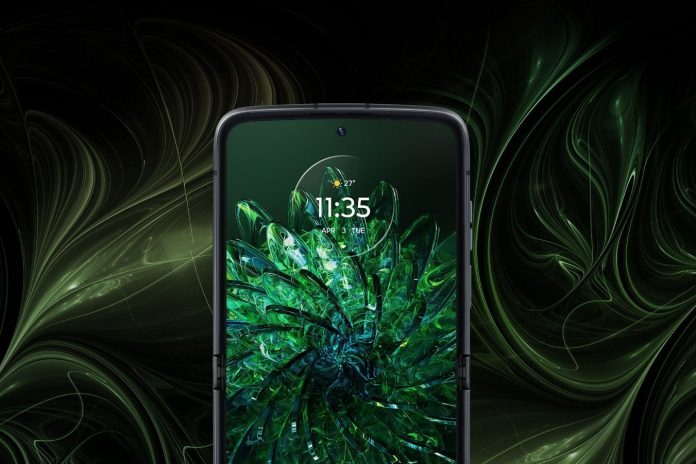 Motorola’s Razr 2022 will be released in Belgium and the Netherlands on October 25. The device appears to be similar to the Chinese Razr 2022 that was launched in August.

Motorola will no longer let its European customers wait for the launch of the foldable Razr 2022. The device will be announced on October 25 in Belgium and the Netherlands, the company announced on its social media channels. In the message on Instagram, Motorola also confirms that the device will be on the market with the 2022 addition to the name. The previous model of the Razr was released as the Razr 5G as a refresh of the Razr launched in 2019.

The device is said to be the same as the Chinese variant that was released in August. This means that the Qualcomm Snapdragon 8+ Gen 1 serves as the beating heart of the phone. Of course everything revolves around the screen with this foldable device; the OLED screen has a 6.67 inch diagonal, refreshes up to 144 times per second and has a Full HD resolution. Just like on the Flip 4 from Samsung, we also see a cover screen on the Razr 2022. That screen has a 2.7 inch diagonal.

Another similarity between the Z Flip 4 and Razr 2022 is that the screen can remain upright and thus work as its own ‘kickstand’. Motorola has also adapted the Razr’s software to this, allowing apps to display a different layout depending on the mode of the screen. In the camera app you will see the viewfinder in the top half of the screen. The buttons to control the cameras disappear to the bottom half of the screen.

Speaking of cameras: on the Razr 2022 you will find a total of three cameras. At the front it is a 32 Mp selfie camera, while on the back we find a 50 Mp main and 13 Mp wide-angle camera. The battery of the foldable phone is also a 3,500 mAh one. Unfortunately, you can’t charge with Motorola’s 125-watt fast charger on the Edge 30 Ultra, which is limited to 33 watts.

Motorola will launch the foldable Razr 2022 on October 25 in Belgium and the Netherlands. It is not known when the smartphone will actually be delivered to consumers – the prices are also unknown at the moment. The Razr 5G was released in 2020 for 1,499 euros. Since then, however, the foldable smartphone market has grown significantly and prices have fallen. Whether Motorola will go along with that will have to be seen tomorrow.

Source: Dynamo is not interested in the issue of the Ukrainian language

Marvel’s Avengers: The Winter Soldier is shown in a trailer on the fight