Scientists were able to turn Starlink into a GPS replacement

Texas scientists have found another way to use the more than 3,000 Starlink satellites in orbit. Potentially, the constellation is capable of replacing a couple of dozen GPS satellites used for navigation. At first, SpaceX supported the idea, but later the researchers had to cope on their own, without assistance from the owner of the satellite constellation. 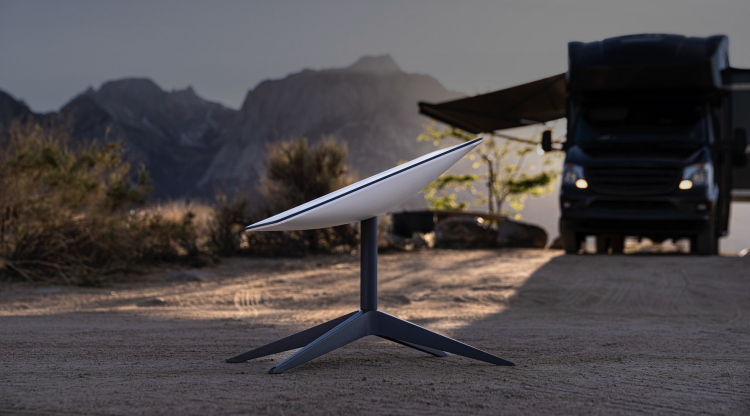 Although there are thousands of Starlink satellites in low Earth orbit and GPS satellites in one of six much higher orbits, making two orbits a day, both constellations perform somewhat similar functions – they broadcast radio signals to Earth. Starlink signals are used to transmit data on the global network, while signals from several GPS satellites are used to triangulate the receiver on Earth and determine the exact location of the user on the planet.

A team of researchers from the University of Texas Radio Navigation Laboratory decided that Starlink would be a good fit as a backup global positioning system. The researchers purchased a Starlink terminal and a subscription that allowed them to stream YouTube videos 24 hours a day. The system was connected to a nearby antenna, which was used to pick up regularly repeated timing signals to help Starlink receivers on Earth maintain an uninterrupted connection to satellites. At the same time, no attempts were made to hack the signals themselves, only their presence was needed.

Synchronization signals are sent at precisely defined intervals: four sequences every millisecond, a similar principle used by GPS. Given Starlink’s satellite motion information, which is open to avoid collisions with other objects, the source of the signal, and how far away the satellite is, it is possible to determine the location of the receiver on Earth with an accuracy of about 30 m. Of course, such indicators do not go anywhere. what is the comparison with the millimeter accuracy of GPS, in the case of the latter being used for military purposes, but, according to scientists, if SpaceX still decides to support the experiment and add additional data to the Strlink synchronization signal, the accuracy will reach a little less than a meter, which is comparable to GPS accuracy for commercial , non-military use.

True, the problem is not only that such a signal, if necessary, can be replaced by attackers, but also that so far SpaceX has not shown any interest in competing with global satellite positioning systems, so there is no need to expect help from the company. As the scientists noted, if SpaceX had not stopped assisting them, it would have taken them much less than 2 years to develop the technology.

Disney Dreamlight Valley, Way of the Stars: All Villain Season Items and Missions!

It’s time to buy the Nothing Phone (1), this smartphone is at its best price – Frandroid