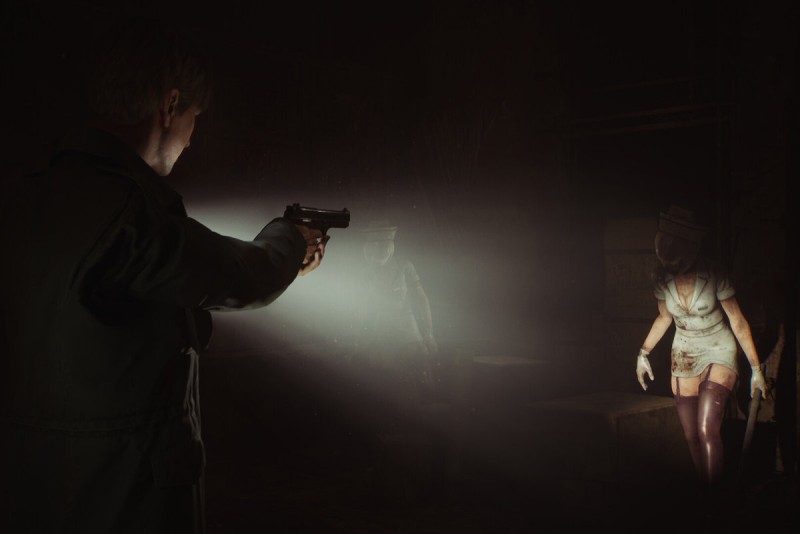 In a new developer video, the Bloober Team discussed their vision for developing the Silent Hill 2 remake and their collaboration with original artist Masahiro Ito and composer Akira Yamaoka to keep “the unique atmosphere of Silent Hill intact” while “upgrading” many aspects of the overall gameplay. One of the upgrades mentioned changes the perspective from the original’s third-person camera perspective to an over-the-shoulder camera perspective.

Mateusz Lenart, creative director and lead designer of Silent Hill 2 Remake, had this to say:

We want Silent Hill 2 to be as powerful today as the original game was 21 years ago. While we want to achieve the same end result, player expectations change over time and some things need to be upgraded to have the same or similar effect. For example, this is why we chose a camera over the shoulder to immerse players in the game world as much as possible.

In addition, Piotr Babieno, CEO of Bloober Team, stated that the team’s goal is to recreate everything that made the original a classic, but in a new form.

Simply put, our goal is to recreate everything that made the game a timeless classic, but give it a new form that will further draw players into the foggy streets of Silent Hill.

Silent Hill 2 will be released for both PC and PS5, probably in 2023, and may appear on other platforms in a year.

Villarreal could take over for ex-Barcelona manager