The photonic chip of a new design transmits data at a speed of 1.84 Pbit / s – a record allows you to transfer all Internet traffic in half a second – Aroged 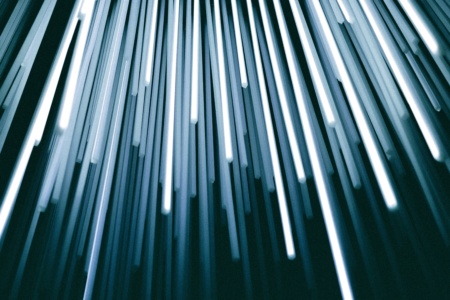 Once again, the data transfer speed record was broken using a light source and an optical chip. Engineers were transferring data at an incredible 1.84 petabits per second (Pbps), nearly double the global Internet traffic per second.

It’s hard to imagine how fast 1.84 Pbps really is. 1 petabit is a million gigabits. This is more than 20 times faster than ESnet6, the upcoming science network upgrade used by NASA and others.

Even more impressive is the fact that this new speed record was set using a single light source and a single optical chip. An infrared laser is directed onto a chip called a frequency comb, which separates the light into hundreds of different frequencies, or colors. The data can then be encoded into light by modulating the amplitude, phase and polarization of each of these frequencies before combining them into a single beam and transmitting it over an optical fiber.

In the experiments, researchers at the Danish Technical University (DTU) and Chalmers University of Technology used a setup to transmit data encoded in 223 wavelength channels over a 7.9 km optical fiber containing 37 individual channels. For comparison, the global Internet bandwidth is estimated at about 1 Pbps.

This data rate significantly exceeds the previous record of 1.02 Pbps, which was set in May this year. A previous optical chip design, similar to that used in the new study, delivered 44 Tbps throughput in mid-2020.

According to the team of scientists, the new chip is still far from the maximum possible performance. Using a computational model to scale the data transfer potential of the system, the researchers claim that speeds could eventually reach an incredible 100 Pbps.

Interview with Mathias Coopmans (SAS): "Transparency is an advantage" - Aroged

Call of Duty Modern Warfare 2: Launch of Season 1 and Warzone 2, find out the date!