Sony had certainly imagined it a little differently. Despite record numbers on Steam over the weekend, the launch of Uncharted: The Legacy of Thieves Collection was unusually slow. 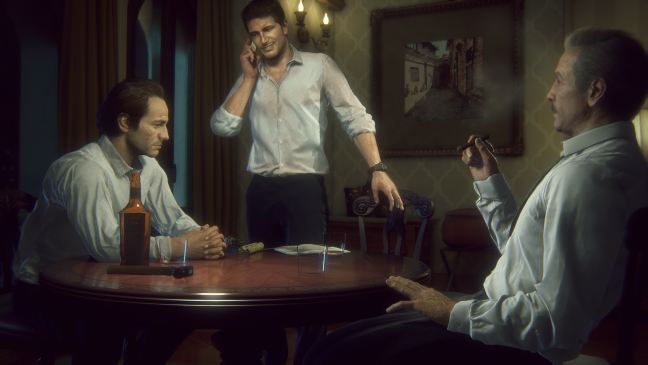 Sony won’t really like that. The launch of Uncharted: The Legacy of Thieves Collection turned out to be the comparatively weakest start of the PC ports of Playstation titles from Sony over the weekend.

Just 10,851 simultaneous players were recorded in Uncharted over the weekend, and that’s not really a lot in comparison. Horizon: Zero Dawn reached 56,000 players on Steam, Spieder-Man even 66,000. God of War was also significantly stronger with 73,000 players at launch and even the lesser-known Days Gone got off to a better start with 27,000 players.

However, that doesn’t have to mean anything (yet). After all, some new games have been launched in the past week, including Plague Tale: Requem, the Call of Duty: Modern Warfare 2 campaign for pre-orders and Gotham Knights. In previous PC ports, Sony had far less competition. In addition, the two Uncharted games in the collection with their original releases in 2016 and 2017 are the oldest games that Sony has brought to the PC.

It will be interesting to see whether the number of players will increase in the coming weeks, because at least the ports based on the next-gen upgrade to PS5 and Xbox Series X/S in January can be described as quite successful.

Naughty Dog and Sony will not be impressed by this for the time being and will continue to rely on PC ports in cooperation with Iron Galaxy. The Last of Us Part 1 for PC is already in the works, with more games to follow. Thanks to the support of Iron Galaxy as developer of the ports, work on new PS5 titles should not be affected.

BLAST Premier tournaments in Europe and America have ended

What smartphone accessories are worth buying?

IPhone 15 Pro will have ‘thianium chassis’ and another Apple surprise