A PHOTO. Dynamo and Shakhtar academies are in the top 5 in terms of productivity in Europe

According to CIES specialists, Dynamo Kyiv and Shakhtar Donetsk academies are in the top 5 in terms of productivity in Europe.

31 championships of the continent were taken into account, and the count of the players who were “produced” for them by the academy of a particular club.

As a result, Ajax turned out to be the leader, 85 pupils of the academy of which now play in 31 of the best leagues on the continent, and only 8 of them are still in the Amsterdam team.

Dynamo brought up 72 players who now play at a serious level, and 17 of them play for the White-Blues. This is the third place in the ranking.

But Shakhtar closes the top 5 with 64 academy graduates. Of these, 14 now continue to remain in the club. 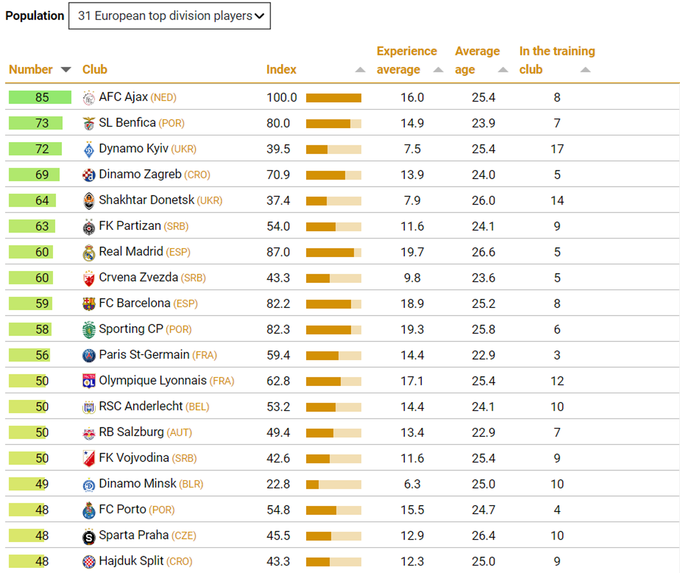 Also in the ranking containing 100 clubs, there was a place for Dnipro (53rd place and 30 pupils) and Karpaty (79th place and 26 pupils).

The full version of the rating can be found at link.

Halo World Championship 2022, a "talking" Master Chief at the event: here is the video

COD Modern Warfare 2 in London: here is the titanic billboard in action

Mount & Blade II: Bannerlord has arrived on consoles! The price burns the wallet