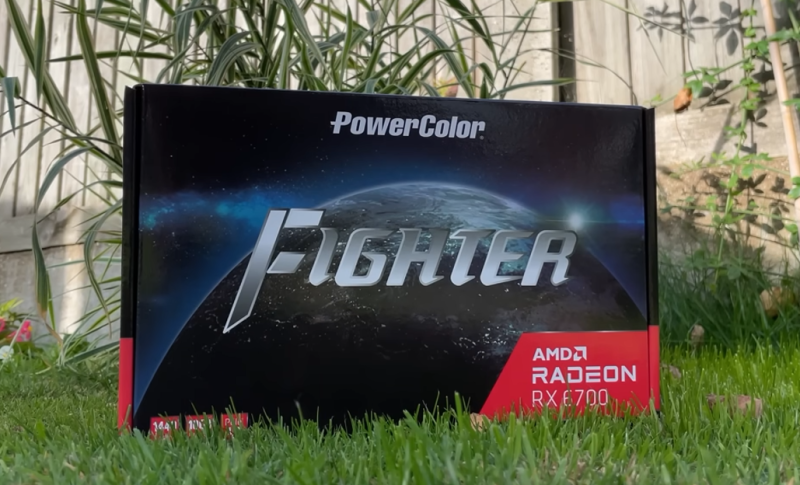 Appeared this summer AMD Radeon 6700 from companies such as XFX Sapphire and others, but these cards are now very hard to come by.

AMD Radeon RX 6700 is based on a stripped-down chip Navi 22 with 2304 stream processors. This model is also the only one in the line of gaming desktop cards. RDNA2 with 10 GB of GDDR6 memory having a 160-bit interface. An identical configuration is used in the Radeon RX 6700M for laptops.

Now NVIDIA has prepared its GeForce RTX 3060 Ti with memory GDDR6X and Intel will have desktop cards early this month Arc A770 and A750. It is likely that all these video cards will work in a similar performance segment. For this reason, AMD compares its RX 6700 with the RTX 3060 Ti. Both go head to head, but at the same time, both are inferior to the RX 6700 XT.

Manufacturers very rarely compare their products with solutions from other manufacturers that have non-standard characteristics, but here the GeForce RTX 3060 Ti is compared in an overclocked state. The notes from AMD don’t explain whether this is a custom model factory overclock or a manual overclock. However, AMD confirms that its card has a TDP of 230W, so it’s not the Founders Edition, which is capped at 220W TDP.

For this card, the default TDP and TBP is 200W. In this configuration, AMD claims an increase in FPS to watts by 33% compared to the RTX 3060 Ti OC.

More than 4 months have passed since the release of the AMD Radeon RX 6700, but there are still not many reviews of this model. The most recent posted a RandomGamingHD channel with a model from PowerColor, but this is more like a gameplay demo than a direct comparison with any other graphics cards.

Age of Empires Mobile announced with a teaser trailer from Microsoft