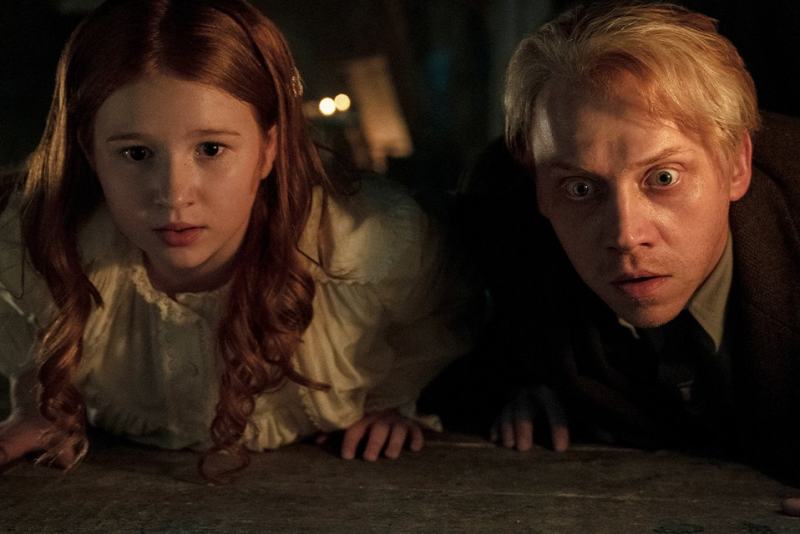 The first two episodes of Guillermo del Toro’s Cabinet of Rarities are finally on Netflix – and the spooky anthology series is already earning rave reviews. The series will be released in installments over four days in a row – similar to how streaming released the Fear Street trilogy – and will end on Friday, October 28th.

The series begins with “Lot 36” and “Cemetery of the Rat”, directed by Hellboy director Guillermo Navarro and Vincenzo Natali, respectively. Del Toro co-wrote the first film with Regina Corrado.

David Craig of RadioTimes called “The Cabinet of Curiosities” a “Halloween treat” full of “interesting ideas, ghostly visuals and catchy productions”. Elsewhere, Manuel Bettencourt of The A.V. Club called the film “frighteningly good”, adding: “Attention to detail in everything from thrill-inducing soundscapes reminiscent of dug graves to meticulously choreographed spaces that truly evoke horror, elevates these frightening short stories horror about such timeless themes as greed, pride and vanity, and at the same time brings to mind the diabolical images of zombies, rat kings, vengeful demons and, of course, the most terrible villain one can think of – capitalism itself.

Daniel D’Addario of Variety argues that while the film lacks the signature heartiness of del Toro’s previous work and often strays into story tropes, it is “good enough to merit a recommendation”. Even Stephen King liked it, he tweeted: “I strongly advise you to check out Guillermo del Toro’s Cabinet of Rarities, which launches tomorrow on Netflix. Scary, sinister and beautiful to look at.”

It has a 92% rating on Rotten Tomatoes.

Todd Howard Reveals Some Details About the Indiana Jones Game

The Nintendo Switch OLED is the same price as the classic version before Christmas!

Media: the plot of “Star Wars” by the author of “Lost” will unfold after episode IX

Age of Empires 4 on Xbox in 2023? To suggest it is the insider The Snitch

Is Square Enix hinting at a new Parasite Eve?

Rigobert SONG: “Now all the next games are decisive”