Although CD Projekt was founded in 1994 as a purchasing and distribution company for games in Poland, the part responsible for the development of original titles CD Projekt Red only started in 2002 and celebrates its anniversary this year. CD Projekt Red’s biggest hit is now Cyberpunk 2077, after a slow start to say the least, but of course The Witcher series, and in particular The Witcher 3: Wild Hunt, sat on the throne for a long time. That’s why they celebrate the big 2-0 with a Witcher concert.

It’ll be taking place in Lucca, Italy in the coming days, so maybe if you still have some vacation time left and fancy a little weekend getaway to beautiful Tuscany for Chianti, bruschetta and a symphony orchestra, this is worth a look. In this case, it’s the Lucca Comics and Games Festival and tickets are still available.

Those who go will enjoy music by Fiesole’s Orchestra Giovanile Italiana, accompanied by Percival Schuttenbach, or Pervcival, a Polish folk/metal band that wrote most of the songs for the game. Conductor is Eimear Noone, a household name in the industry and composer of music for games such as The Legend of Zelda and World of Warcraft. So an Italian orchestra and a Polish metal band. It doesn’t get much more Witcher.

The Witcher 3: Wild Hunt – Music from the Continent runs from October 28th to November 1st. 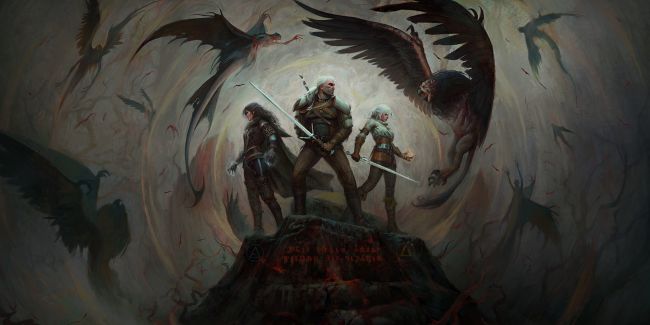 Pokemon Scarlet and Violet, sightings from Paldea: Greavard wags his tail in video!

Apple: We know the power of the new Mac Pro, and you're not ready

Fantasy action Warhammer: Vermintide 2 received a free map, a variety of equipment for fighters and patch 4.8

God of War Ragnarok PS4: We’re going to have to make room, a lot of room!