Since Sputnik, the first artificial satellite, approximately 5,000 satellites have been launched into space. Some of the satellites, on the other hand, circulate freely in the upper atmosphere after completing their mission, creating a space junk. Space debris has become a rapidly growing problem due to the risk of collision. This problem may get worse in the future.

Space junk could have worse consequences

Climate change will likely make the space junk problem worse, according to a study. While it is stated that changes in air density can increase crowding in the upper atmosphere, this is thought to make satellite collisions more likely. 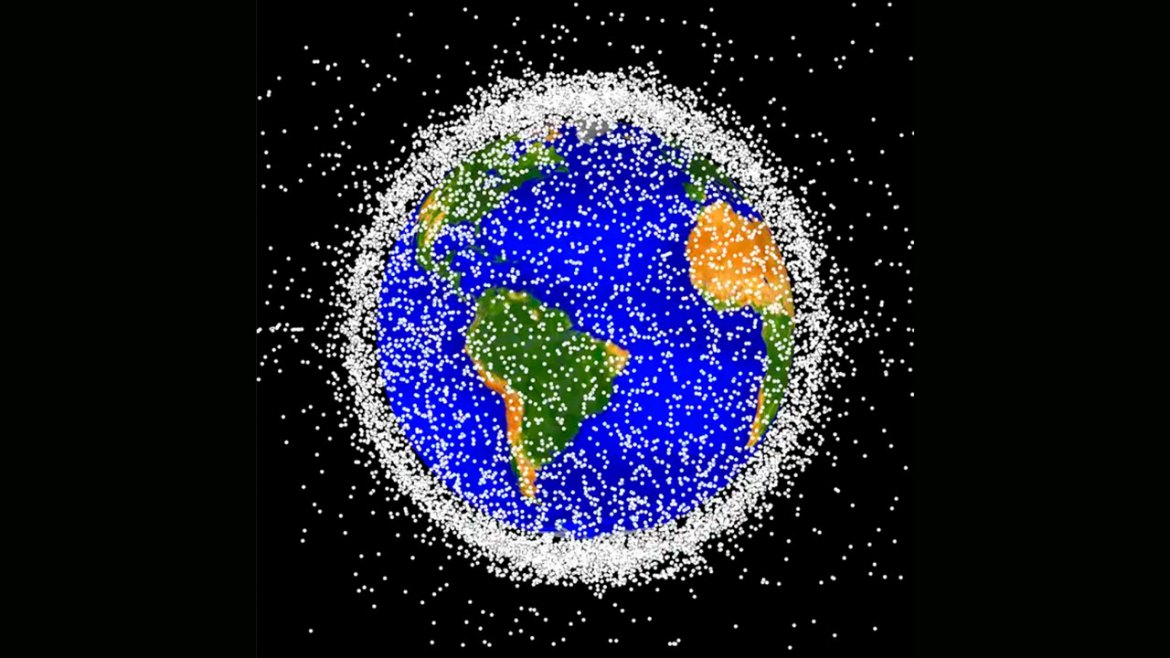 James Webb, who is stated to have detected a new galactic center, imaged the rainbow knot that existed 11.5 billion years ago.

Mankind is pumping greenhouse gases into the lower atmosphere, gradually increasing the planet’s temperature, while making the middle and upper layers colder. As there are many reasons for this, CO2 takes the lead in creating the greenhouse effect. Carbon dioxide molecules can easily absorb heat. In the lower atmosphere, this means more molecules colliding with each other and more heat being reflected back to Earth.

On the other hand, the opposite is the case in the middle and outer atmospheres, which host much rarer carbon dioxide molecules. As the upper atmosphere loses its heat, its density continues to decrease. Lower air density means that orbiting spacecraft can roam much more freely.

Normally, satellites fall to Earth over time and leave the space junk, but with the decrease in air density, spacecraft will be able to stay in the atmosphere for a much longer time. Satellites and satellite debris accumulating in space have already caused some problems. However, it is feared that this problem will get worse in the future.

According to the European Space Agency, there are currently more than 30,000 debris circulating in lower Earth orbit. It is stated that 23 thousand of these particles are bigger than a baseball, while the total number of particles is estimated to be about 100 million. This number increases with each collision.

It is feared that this number will increase gradually after the accidents that will increase with climate change. The increase in the number of space garbage can cause much bigger problems in the future. So what do you think about space junk? You can share your views with us in the comments section.

TF1 vs Canal+ conflict: how to watch the TF1 group channels again before the launch of the Football World Cup?

UAF statement: UPL clubs can order one of the VAR vans for matches

One UI 5: know when Android 13 arrives to more Samsung smartphones

Level Zero: A gameplay trailer from the PC Gaming Show, is an asymmetrical PvP horror