Today Dynamo Kyiv went to Cyprus for the match of the fifth round of the Europa League against AEK from Larnaca, which will be held on Thursday, October 27.

The head coach of Dynamo included the following 22 players in the application: 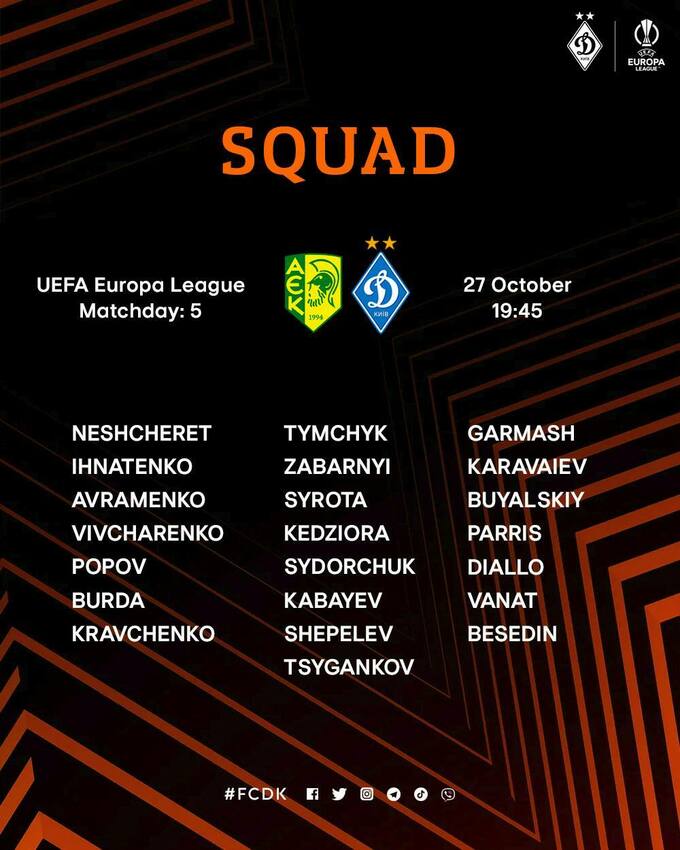 Google Chrome support for Windows 7 and 8.1 will end in February 2023