Fraudsters most often present themselves as a courier service 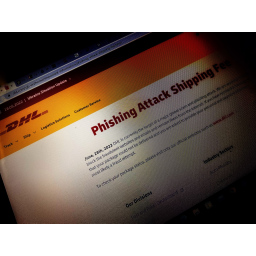 The international courier service DHL knocked LinkedIn out of first place as the number one brand that was most often used as bait in attempts to steal users’ personal data or payment card information in the period from July to September. was announced by Check Point.

DHL now appears in just under a quarter (22%) of all phishing attempts worldwide. Microsoft is in second place (16%), and LinkedIn is in third place with 11%, which is significant in comparison with 52% in the first three months of this year i 45% in the period from April to June.

DHL’s first place in this table could be the result of a major global fraud and phishing attack that it is alone the company warned just a few days before the beginning of the quarter.

.“In the third quarter, we saw a dramatic decrease in the number of phishing attempts associated with LinkedIn, reminding us that cybercriminals will often change their tactics to increase their chances of success,” Check Point said in a report. However, LinkedIn is still the third most abused brand in phishing attempts. Therefore, users must still be wary of emails that claim to be from LinkedIn.

Instagram also appeared in the top 10 list for the first time this quarter due to a number of attempts to defraud users of the popular social network, who in September were offered a “blue badge” for verification, usually held by public figures, celebrities and big brands.

Phishing is the most common type of social engineering, which is a general term that describes attempts to manipulate or deceive users.

“It is an increasingly common threat vector used in many security incidents,” says Check Point.

In brand-name phishing attacks, criminals try to imitate the official website of a well-known brand using a similar domain name or URL and website design to the original website. A link to a fake website can be sent to potential victims via email or message, or the user can be redirected while surfing the Internet, or the attack can be launched from a fake mobile app. A fraudulent website often contains a form to steal user credentials, payment information, or other personal information.

“Now that DHL is the brand most likely to be imitated, it is important that anyone expecting a delivery go directly to the official website to check the status of the shipment and/or notifications,” Check Point warned. “Don’t trust emails, especially those asking to share information.”

Other brands on Check Point’s top 10 list include Google, which appeared in 6% of fraud attempts aimed at stealing personal or payment information, followed by Netflix (5%), WeTransfer (5%), Walmart ( 5%), WhatsApp (4%) and HSB (4%). In last place is the already mentioned Instagram with 3%.

Fallout 4 - gets a next-gen upgrade - Aroged

Call of Duty Modern Warfare 2: the PS5 disc only contains a 70MB installer?