Whether you have an Android smartphone or an iPhone, we explain how to scan a QR Code and what these funny square barcodes are for. Follow the leader. 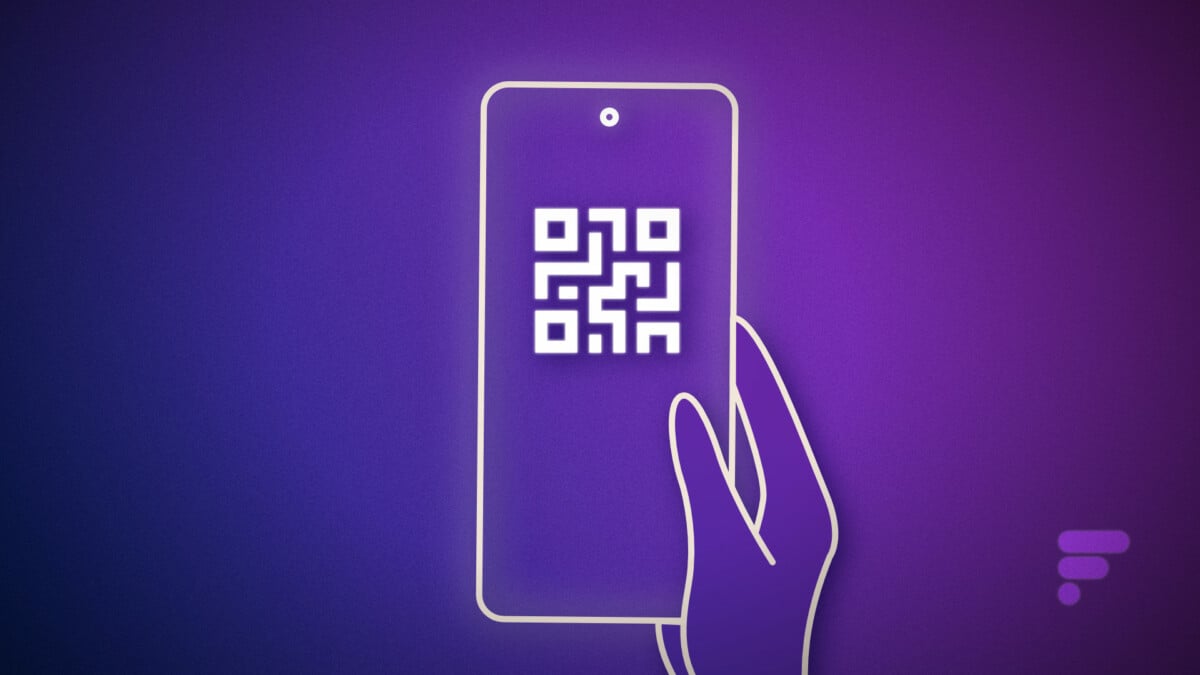 How to scan a QR Code on a smartphone? // Source: Frandroid

QR Codes (Quick Response Code) became popular with the advent of mobile phones equipped with cameras, but they really exploded during the Covid, thanks to the possibility they offered to share secure information without coming into direct contact with a person. They make it possible to display information graphically (most often the link to a web page, but it can also be the data of a contact, a health pass in times of crisis, etc.) and to restore it by being scanned by our mobile devices. Their very particular format makes it possible to be flashed and interpreted quickly by the devices, while ensuring the validity of the information, thanks to data redundancy.

so here’s how to flash a QR Code with a smartphonewhether on Android or iPhone.

Before scanning a QR Code

Before starting, it is important to remember a basic principle: the QR code can redirect you anywhere including malicious address. At one time, some smart guys had fun pasting this kind of code in the cities in order to download malware to unsuspecting people. When you scan a QR Code, make sure that the URL to which you will be redirected is trustworthy and reliable.

How to flash a QR Code on Android

There are several ways to scan a QR Code on Android. You will find below a list of applications to download to do this regardless of your phone, but depending on the brand of your device, chances are you can proceed without even having to download anything.

Scan a QR Code with Google Lens on Android

Google integrates this feature into Google Lens, the imaging part of Google Assistant. All smartphones that integrate Google Lens can thus access this function, in particular those that do not have a manufacturer interface, such as smartphones running Android One, or smartphones Nokia et Sony.

To scan a QR Code with Google Lens:

Open Google Lens (the square icon reminiscent of a camera, in Google Assistant); point the camera at the QR Code; wait until a blue dot appears in the center of the QR Code; tap the blue dot to open the QR Code content.

If your device does not have Google Lens, or if Google Lens cannot interpret the QR Code and as often on Android, the method may be different depending on the smartphone interface offered by its brand.

Scan a QR Code with a Xiaomi smartphone

On a smartphone Xiaomi with interface MIUI, you have to go through the camera to flash a QR Code. Normally, the option is activated by default, but if it is not, you must check the option “Scan QR codes” in the camera settings.

Scan a QR Code with a Samsung smartphone

To flash a QR Code on a smartphone Samsung, it became very simple. Whereas before you had to go through Bixby, the brand’s much-maligned assistant, now all you have to do is open the camera and point to a QR Code. A pop-up then gives you the necessary information and you just have to click to activate the appropriate action, such as opening the web page for example.

Scan a QR Code on a Samsung smartphone // Source: Frandroid

With an Asus smartphone

On the Asus side, the integration is childish: just open the camera and point to a QR Code for the phone to interpret the image and offer to open a link.

With a Huawei or Honor smartphone

Chez Huawei, or Honor, the easiest way is to slide your finger upwards, from the phone’s lock screen, to display a shortcut to the EMUI scan application. It has an icon reminiscent of a QR Code, or an eye, depending on the version. This application also allows you to open QR Codes stored on the phone, in the image gallery. It can also be accessed from the phone’s search engine, by swiping down on the desktop.

With an Oppo, Realme or OnePlus smartphone

For smartphones from the brands of the OPlus group, concentrating Oppo, Realme and OnePlus, you can go directly through the camera application. There, at the bottom left, you’ll find Google’s Lens app. Just tap it to see the Lens app open. There, tap the camera-shaped icon and scan your QR Code.

How to scan a QR Code with an iPhone

Since iOS 11, the iPhone natively includes a QR Code reader. To flash a code, you must:

This is therefore done quickly and simply, without going through a third-party application from the App Store.

If for some reason the QR Code to be scanned is on the iPhone itself, for example on a web page you are visiting. You must then:

With these two methods, QR Codes should no longer cause problems on iOS.

The best applications to read a QR Code

If none of the previous methods is available for your device to integrate the function natively, which is particularly the case for older smartphones, then you will have to go through a third-party application available on application stores.

The most famous, and often recommended by Google, is Barcode Scanner from ZXing Team. It has the merit of being completely free, light and without any advertising.

“QR Codes & Barcodes Scanner (Pro)” is the somewhat long name of one of the most comprehensive apps out there. It allows to scan, but also to create, QR-Code or barcodes, and to keep them with a history. It manages all kinds of codes, whether they contain a simple URL to a web page, or geolocation data or the connection parameters to a Wi-Fi access point.

How to read a Health Pass

Long forgotten, the QR Code has come back in force with the introduction of the Sanitary Pass in France. If you wonder what waiters and waitresses see on their screen when they scan your QR Code at the entrance to a bar or restaurant, you can download TAC Verif. This is the official government application for checking the validity of Health Passes. Of course, since the disappearance of the Sanitary Pass, this is no longer necessary, but we do not yet know what the future holds.

Google Ends Support for Chrome Browser in Windows 7 and Windows 8.1 – Latest Version for These Systems Coming in February 2023

Powerful rivals. Joshua looking for opponents to fight in 2023

How to avoid being added to Telegram spam groups - Aroged

Apex Legends: The new map shoots you to the moon

Oleksandr Usyk: “We will have to somehow agree with Fury”