A massive Genshin Impact leak has revealed a lot of new details about upcoming patches for Genshin Impact. For example, it became known which banners the developers plan to launch in updates 3.3-3.6. We add that although this information was provided by a verified UBatcha insider, its reliability is still in question. In addition, the studio may well change its plans. 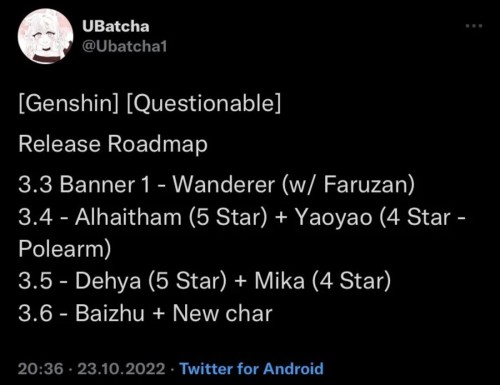 In version 3.3, Scaramuccia (5 stars; Anemo, catalyst) and Faruzan (4 stars; Anemo, bow) will become playable. For the former Harbinger of Fatui, signature weapons will be added. There will also be a new 4-star one-handed sword. 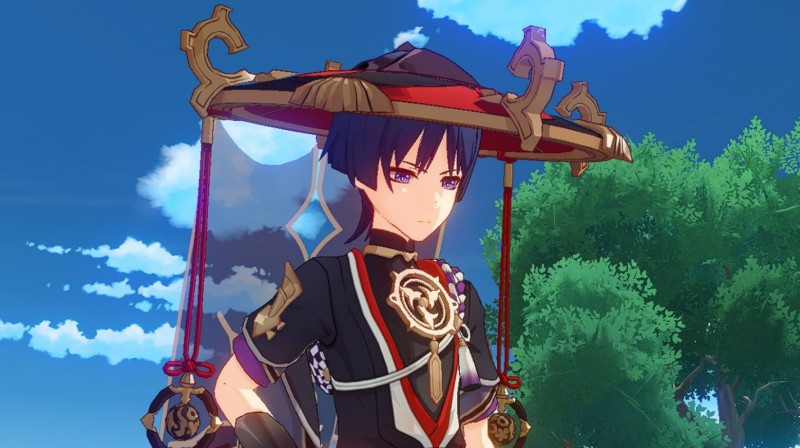 In Update 3.4, it will finally be possible to play as al-Haytham (5-star; Dendro, one-handed sword) and Yao Yao (4-star; Dendro, spear). The former, with the help of his abilities, can strengthen himself and scatter exploding lotuses across the battlefield, and the latter creates a rabbit on the battlefield to help in the battle. Yao Yao is definitely not a healer. 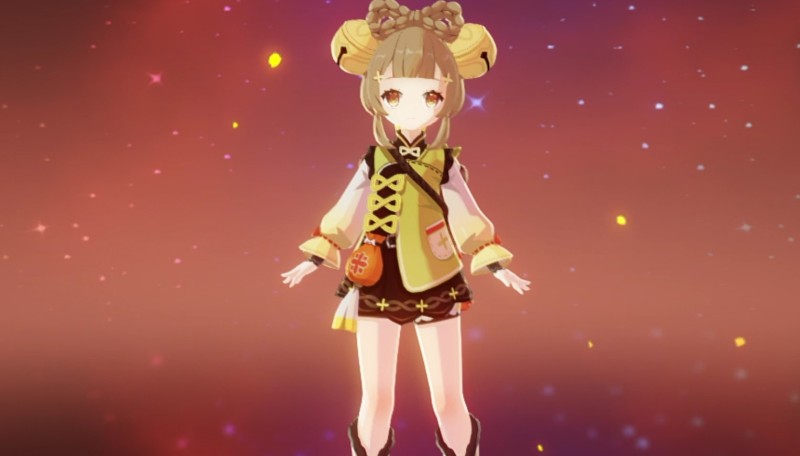 In patch 3.5, the developers plan to make Dehyu (5 stars; Pyro, two-handed sword) and Mika (4 stars; Cryo, spear) playable. The mercenary can create a tombstone that buffs the active character and a storm of blades, while the cartographer can mark enemies and launch projectiles at them, as well as heal allies with an elemental explosion. 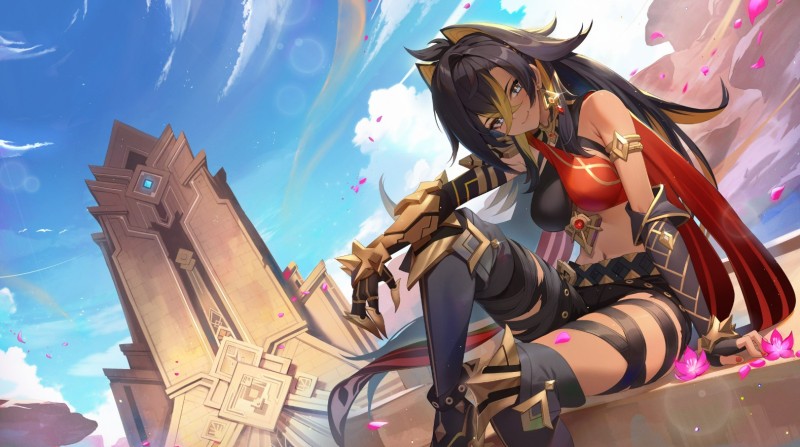 Bai Zhu (5 stars; Dendro, Catalyst) will only be released in Update 3.6. The company will make him a completely new character codenamed Blinder (Blind Man). He will be introduced to players already in patch 3.3 as an NPC. The BLANK informant noted that this hero uses the body of a teenager (Bennett, Heizo), and uses a catalyst in battle.

We add that the network also has information about the characters, the release date of which is still unknown. The first of these is Kaveh. It is noted that he belongs to the element Dendro and skillfully wields a two-handed sword. Its rarity is still not clear. In the picture below you can see his approximate appearance. 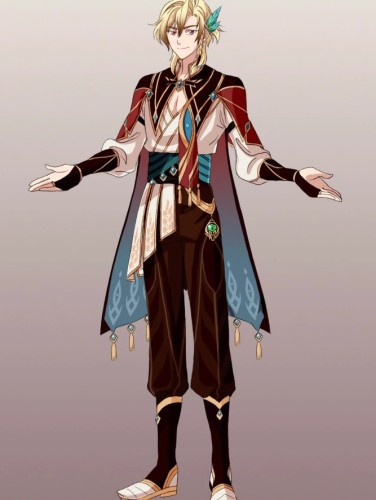 The second was Dottore, one of the Harbingers of Fatui, first seen in recent patches. According to UBatch, he is identified in the game files as a two-handed sword user. Unfortunately, its element and rarity are also unknown.

Many PS4, PS5 and Switch games on discount from Unieuro, only online until October 30th

This ultimate screen for gamers is down 19% on Amazon