As a result of a major leak of game files, a huge amount of information from all areas became known. This is how the upcoming banners (up to patch 3.6), new heroes and even their abilities became known. In addition, there was information about new weapons and sets of artifacts, the release of which is planned in future updates.

The information below is preliminary. Despite the leak from official sources, some details may change by the time the patches are released.

All known about 4 new weapons and 2 sets of artifacts. Let’s consider each of them in more detail. 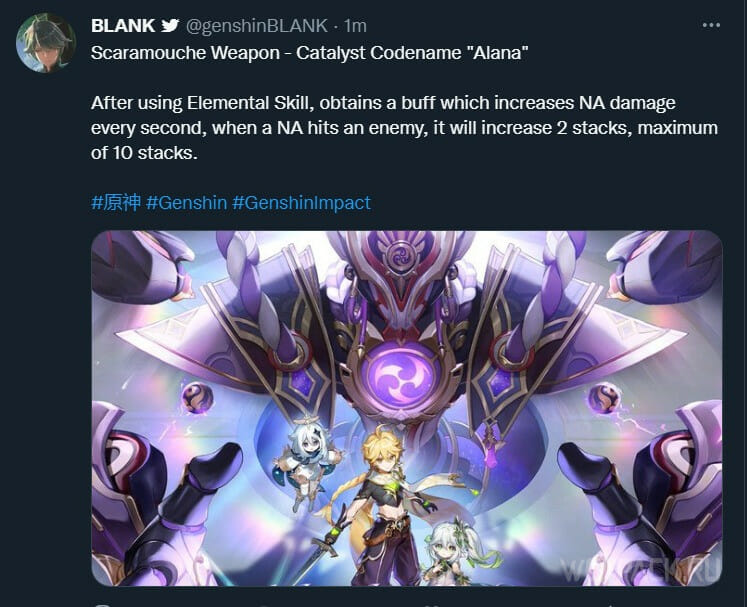 To patch 3.3which is scheduled to be released on December 6-7, it is planned to release two new weapons. The first one is the 5* Signature of the Wanderer (Scaramucci), which will appear in the weapon banner along with the banner of the Storyteller himself. Little is known about the book other than its codename Alaya and the effects. Signature capable buff normal attacks carrier after using the E-shki every time the damage passes through the enemy. The damage bonus can stack up to 10 times. 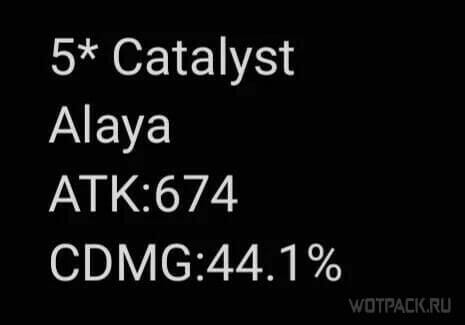 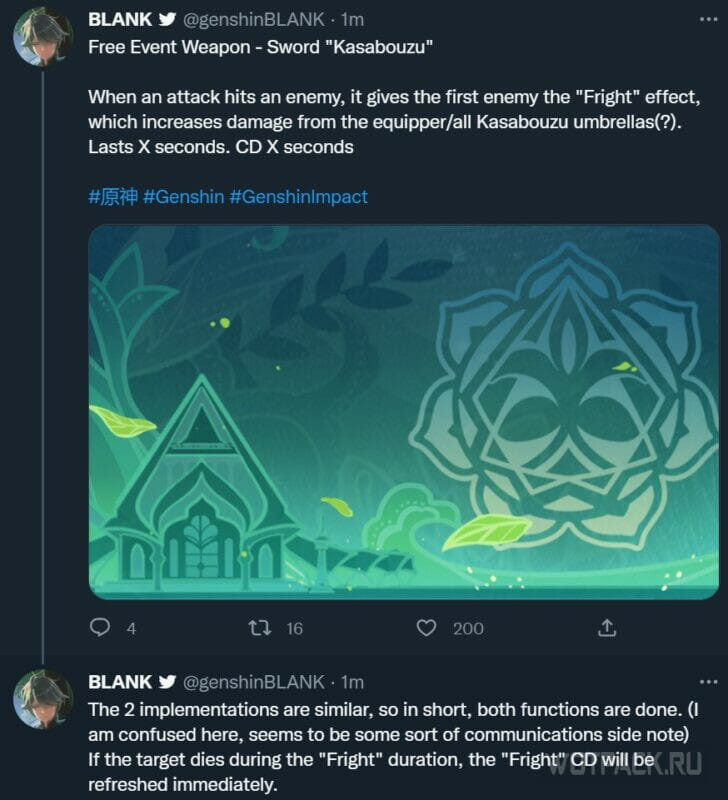 Expected release with book for Scaramucci 4* Kasabouzu one-handed sword, which you can get for free for participating in the event. Attack with a sword hangs on the enemy debuff “Fear\Horror”which increases the damage dealt with this sword.

If an enemy dies before the debuff is removed, the sword’s passive ability will be reset and can be reused. 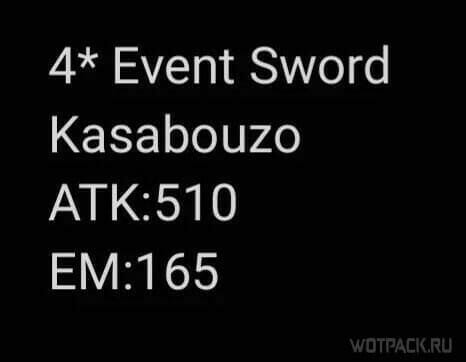 AT track 3.4 together with 5 * one-handed al-Haytham will release it 5* signature weapons codenamed Ayus. Under the same name, before its release, there was Tignari’s bow “Hunting Trail” and Nahida’s lamp “Dreams of a Thousand Nights” therefore, most likely, all three weapons belong to the same series.

Two-handed Daehya and her signature 5* claymore will appear in update 3.5. At the moment, it is known that the sword belongs to the Deshret series (together with the spear of Saino “Staff of the Scarlet Sands” and the sword of Nilu “Key of Hajj-nisut”). 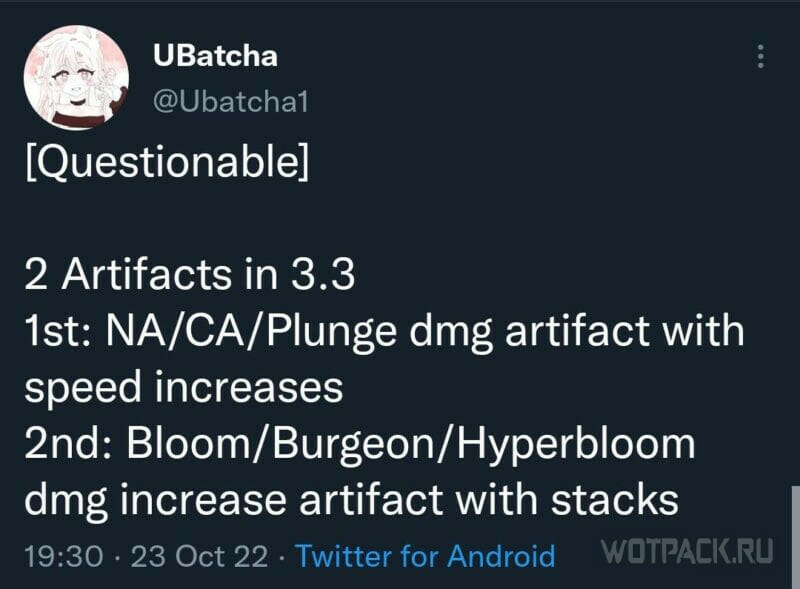 Two new sets of artifacts will appear in track 3.3. The former boosts damage from normal, charged, and falling attacks. A set of 4 such artifacts increase speed and damage of the above attacks after using a charged attack for a certain amount of time. 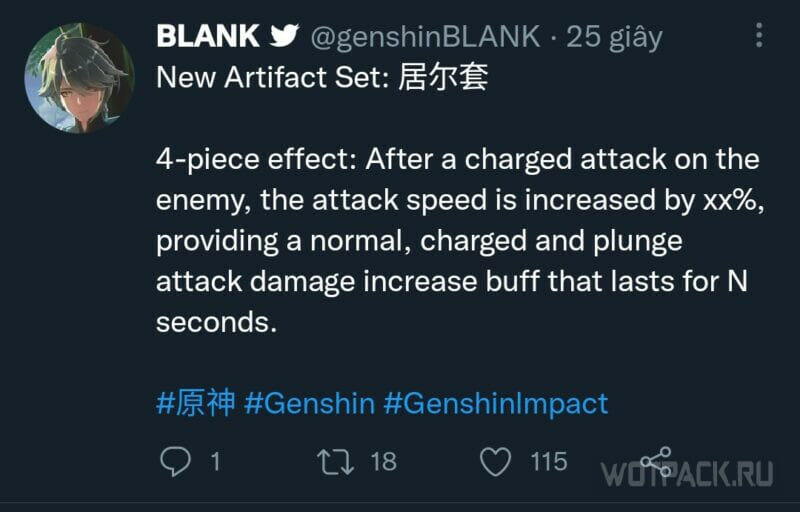 The second set is for increased reaction damage Budding, Flowering and Vegetation. A set of 4 artifacts will not only increase reaction damage, but also will increase attack for their implementation, the effect can stack a certain number of times, for each reaction there is a separate stack. The set bonus is valid even when its owner is not on the battlefield.

Share your opinions about new artifacts and weapons in comments. You can follow other leaks and game updates in the news section of our site. Also read the latest Genshin Impact guides.

Resident Evil ReVerse: the list of PS4 and PS5 trophies is available