A Lenovo announced your tablet Xiaoxin Pad Plus in version 2023 this Tuesday (25). In general, it has slightly more basic features compared to the Xiaoxin Pad Pro 2022 model, announced by the brand in August. Still, it comes with some similar attributes like the 120 Hz screen refresh rate.

The SoC that equips this new tablet from the manufacturer is the Helio G99 from MediaTek, which is the same used by Xiaomi in the Redmi Pad, announced earlier this month. Although it is a lower processor than the Pad Pro 2022, it still manages to run some games and applications.

The screen, in turn, is of 11.5 inches of LCD type and resolution 2000 x 1200, in addition to the brightness of 400 nits. Likewise, it hits the market with the TÜV Rheinland Eyesafe 2.0 certification, a technology that serves to improve viewing in the so-called low blue light. Its battery is 7,700 mAh and it supports 20W fast charging.

Along with the MediaTek processor, the tablet has 6GB of RAM and 128GB of internal storage, which can be expanded via Micro SD. The device’s camera set consists of an 8MP front camera and a 13MP rear camera. In addition, it has a 3.5mm headphone jack, a USB-C port and a four-speaker system that supports Dolby Atmos. 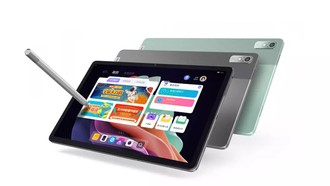 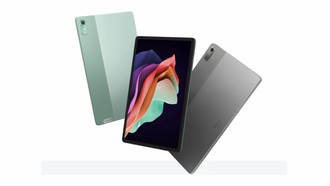 For the rest, the Xiaoxin Pad Plus 2023 has a magnetic connector to be used with its own keyboard, also launched by Lenovo. It arrives with a ZUI 14 system, which the company promises greater fluidity and features such as split screen and keyboard shortcuts. Finally, the device supports Bluetooth 5.2 and Wi-Fi 6.

The General Staff of the Armed Forces of Ukraine: "The Russians are preparing defensive positions in the Kherson region"

Call of Duty Modern Warfare 2: how to fix campaign crashes and errors on PC

The Pixel Watch damages itself and Google replies that it's normal!