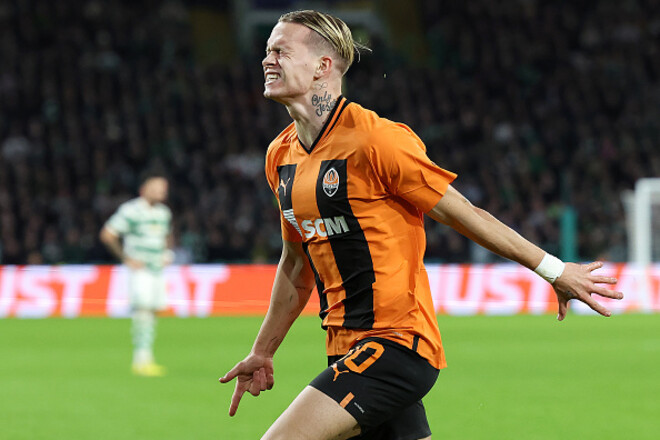 Scottish Celtic players summed up the results of the home match of the 5th round of the Champions League against Shakhtar (1:1):

“Yes, very upset. Today everything went exactly the same as in the previous matches of our campaign. I think we played well again, but at this level we simply can’t hit the goal.

We missed a completely unnecessary goal. We know that if you make small mistakes out of negligence, then at this level you will be punished for this. Before the game, they also knew that Mudrik is a top-class player: if you give him freedom and time to think, he will also punish.

Toward the end of the meeting, I had a great chance, and I should have been more precise. We had other opportunities, but … Yes, another evening of frustration for us.

“It is important that we attacked, were in the penalty area, created dangerous chances. I think we could have been a little more lucky. On the other hand, we did not concede the second ball. In the end, we could have won just as much as we could have lost, so the outcome is probably fair.

The result is that we failed to win. It was our only goal – to come to the stadium, enjoy the game and win for ourselves and for the fans a solid three points. We did not manage to do this and, of course, we are dissatisfied.”

“The game was tense. For the most part, we successfully controlled the game, played where we wanted to, minimized the opponent’s threats and managed to score. At this point, we had everything under control. The opponents scored a great goal on the counterattack, which was a disappointment for us.”

Estimates for the match Celtic - Shakhtar. The best among the miners - Mudrik and Trubin

Realme GT 2: this flagship killer has never been so inexpensive as today