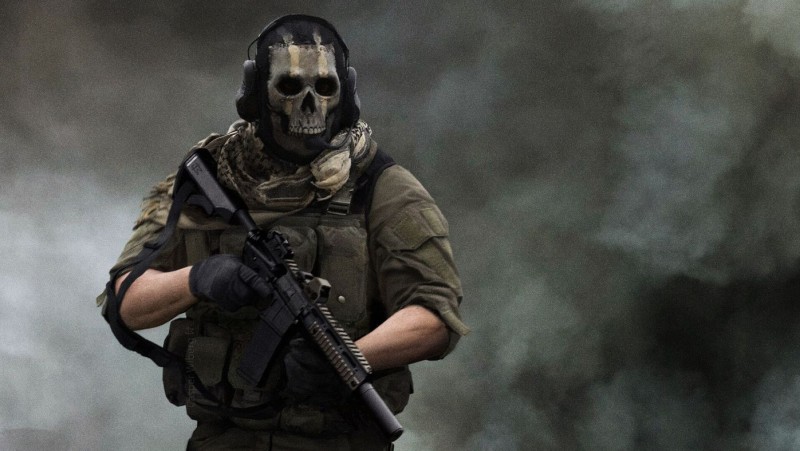 The story campaign for Modern Warfare 2 has just gone into early access, and fans of Task Force 141’s and the Modern Warfare series will get another new storyline featuring Captain Price and his friends. However, it turns out that Infinity Ward really wants to give one of the iconic MW2 characters their own spin-off game to explore his somewhat mysterious backstory.

In an interview with IGN, Modern Warfare 2 lead writer Brian Bloom said his dream is to make a spin-off centered around “Ghost’s origin story.” The balaclava-wearing character, who is more of the Modern Warfare 2 protagonist and featured on the cover, is keeping his identity under wraps.

While we know some details of his biography from the original Modern Warfare series, it’s not clear how much of that story has carried over to the version of Ghost that we’ll see in Modern Warfare 2019 and the recently released Modern Warfare 2. It looks like there are quite a few people in Infinity Ward who wishing to clarify the situation.

“There are others who would love to do this Ghost spin-off,” Bloom tells IGN. “And we think that would be very interesting. And again, that’s where the interview started, that there is something iconic about this character, but the mask and some of these more superficial elements, as we tried to create them here in our current release, where did some of that stuff come from? I think the players will love it and we’ll be happy to look into it.”

While it looks like this spin-off isn’t in development at the moment, and it would be very uncharacteristic for the Activision project to tease it in this way prior to its official announcement, there’s a small chance we’re seeing a double bluff here.

Leaks and reports from 2022 suggest that paid DLC for Modern Warfare 2 will be released next year, giving MW2 a two-year support period. With Warzone 2’s release date confirmed for next month, and DMZ not being released as a standalone game, could the Ghost spin-off be that mysterious premium content in 2023?

LEGO Star Wars: Reduced price on this sought-after set that will be a perfect Christmas gift for fans!

PlayStation Plus: December 2022 | All new games for Essential

Xiaomi models that will not receive MIUI 14 - Updated

Tesla: a supplier’s indiscretion announces a major change in vehicles

Everyeye POP Q&A is back: we are waiting for your questions about cinema and TV series!