The current brawler MultiVersus will soon be given fresh content again. With Black Adam, another character is being introduced, and a new game mode awaits you as well. 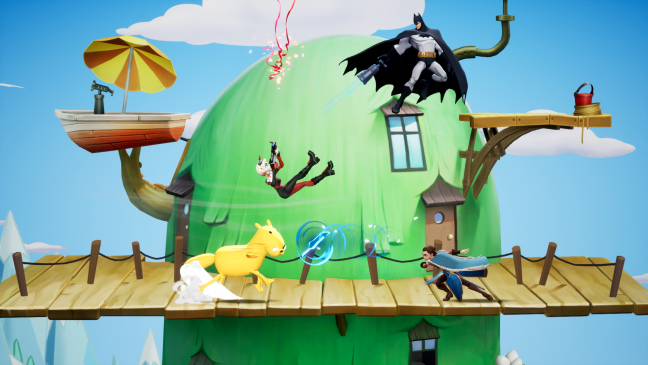 Black Adam will also be expanding the MultiVersus roster shortly after the theatrical release, starring Dwayne “The Rock” Johnson. The DC anti-hero should find its way into the current brawler this week; such a step had been expected by the players around the start of the film anyway, after the character had been announced for Season 1.

Now the makers promise the release for this week; As a rule, such updates for MultiVersus appear either on Tuesday or Thursday, so you can look forward to Black Adam shortly.

The anti-hero joins the roster following the somewhat surprising post-release of Gizmo for MultiVersus – followed by Ricky and most recently Stripe. The latter character was already seen along with Black Adam on a loading screen of the title.

In addition to the character, the announcement tweet also confirms that you can also look forward to a new game mode. This is the arcade mode, which will primarily be aimed at single player fans.

With the corresponding patch, the creators then released all the characters for MultiVersus promised for Season 1. So the speculation can start as to how things will continue on the character front in a second season.

MultiVersus is available for PC, PS4, PS5, Xbox One and Xbox Series X/S.

As of now, Rick and Morty are both available in MultiVersus; the video shows you Rick Sanchez in action.