As announced by the developers of Supermassive Games, The Quarry will be celebrating Halloween with 1950s themed outfits being offered free for a limited time. In addition, the deluxe edition of the horror adventure has been reduced in price and a new trailer has been released. 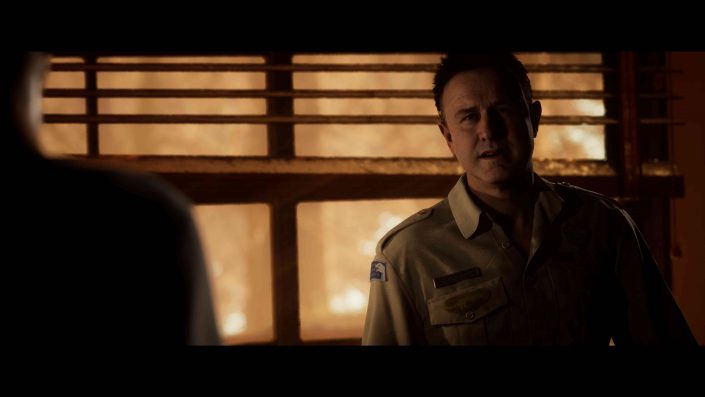 In June of this year, the developers at Supermassive Games released their latest horror title for consoles and PC, The Quarry.

As the British studio has announced, the Halloween festival will be celebrated with a DLC that paves the way to the game in 1950s-inspired outfits and can be downloaded for free on PlayStation Store until November 1st, 2022. If you want to secure the DLC, you will here find it.

“Travel back in time with your favorite carers! This retro pack is packed with 1950’s themed outfits for The Quarry’s playable characters. We’re pretty sure these outfits will knock your socks off.”

To complement the release of the free DLC, The Quarry Deluxe Edition has been reduced in price. Until November 3, 2022 at 0:59 a.m. our time, it can be purchased for EUR 50.99 instead of the usual EUR 84.99. This corresponds to a discount of 40 percent. In addition to the main game, the Deluxe Edition includes the “Deluxe Bonus Content Pack” and the “Horror Graphic Filter Pack”.

You can find all further details about the deluxe edition of “The Quarry” as well as the possibility to purchase it in the coming days at the special price im PlayStation Store. “The Quarry” is thematically in line with the horror slashers that were particularly popular in the eighties. In a summer camp, the residents and the caregivers actually just want to end the summer in a pleasant way.

However, it quickly becomes apparent that a sinister threat is targeting the teenagers and their caregivers. A merciless life and death struggle begins. The Quarry is available for PC, PlayStation 4, PlayStation 5, Xbox One and Xbox Series X/S.

Here is the revised trailer for the horror title, which was released in time for the upcoming Halloween festival.

More news from The Quarry.