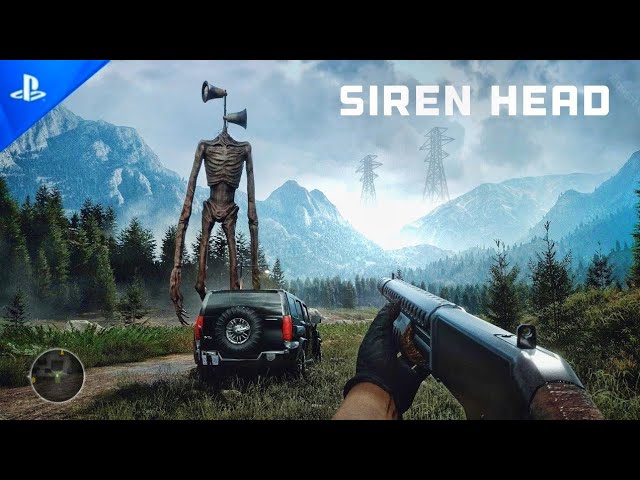 TeaserPlay, which makes various concept videos on Unreal Engine 5, showed the latest video dedicated to the monster Siren Head (Siren Head). Sirenhead, for the uninitiated, is an extremely tall monster, with sirens for a head, hence the name. Artist Trevor Henderson came up with the concept for this monster about four years ago, and it has since become an internet phenomenon, not unlike Slenderman.

There are already all sorts of games with this creature, but none of them were created using the capabilities of Unreal Engine 5. Unreal Engine 5 is the latest game creation tool from Epic Games, which allows developers to take their games to new heights. Unreal Engine 5 hasn’t been around for very long, so there aren’t many commercially available games based on it, but there are plenty of concept videos made using the tool. The latest TeaserPlay video is perfect for the Halloween season, showing what Siren Head video game could look like with realistic graphics made with Unreal Engine 5.

The Sirens are still popular and scary enough to expect a AAA horror game. Many small games have been created based on this character, but this time we tried to present realistic graphics for his possible play. hope you enjoy!

Fallout: First image of the TV series gives a glimpse of Vault 33

The first short film for World of Warcraft: Dragonflight was dedicated to Nozdormu