We reveal the new line entirely dedicated to gaming by Philips, called Envia, ready to challenge other competitors with courage.

When Philips invited us to an event dedicated to a gaming announcement, we did not miss the opportunity and, moved by curiosity, we flew to Paris to see what the Dutch company had in store for us and for the public. Many of the most famous hardware companies have lavished their efforts in recent years in a division dedicated to gamers; some more timidly, others in a more convincing and concrete way. Although late, Philips also decided to join the party and did so with several new features.

During the Parisian event we witnessed the official birth of the Envia line, a name that comes from Greek roots that can be essentially associated with “smart thinking”. The official ambassador of this new division was Sylvia Gathoni, aka QueenArrow, a competitive player of Kenyan origin, famous in the Tekken esports scene.

To surprise us was his descent into the field, literally given the location of the event (ie the Stade de France) which was the setting for the presentation of many components such as mice and keyboards. Philips seems to be serious and below we will present the announced products and our preliminary feeling after a short test with these new hardware.

Sylvia Gathoni aka QueenArrow, a competitive player of Kenyan origin, was the absolute protagonist of the presentation of the new Envia line.

Philips amazed us with three lines dedicated to gaming. Starting from the entry level range, you have a 27 ” curved LED monitor with a resolution of 2560 x 1440 that will arrive on the market in June 2023 at a price of 579 €. However, Philips aims much higher with the other three models, two 34 ” variants and one, the spearhead of the line, 42 ”, respectively equipped with QD OLED and OLED panel. The 42 ” inch you will see displayed on the page dedicated to the Envia division is the only one in the range to have a flat screen but can boast a truly superlative resolution and refresh rate.

The only one to be released by the closing of this year, on an unspecified date of December, will be the 34M2C7600MV, the UltraWide Quad HD with 3440 x 1440 resolution and an amazing HDR 1400. In addition, this model can boast mini Backlit LEDs and a 165hz refresh rate, all surrounded by the inevitable Ambiglow on the rear body. The characteristics of this monitor are undoubtedly convincing even if our test was really only a few minutes, but the visual effect of both the design and the brightness really impressed us.

Philips with this monitor immediately sets the record straight, announcing that the Envia line does not arrive on the market to be any competitor. From the features to the equipped certifications, the study of the needs of the players is evident and the 34M2C7600MV seems to be the almost perfect answer. In addition to having to test it properly before pronouncing it, there is the price factor to consider. 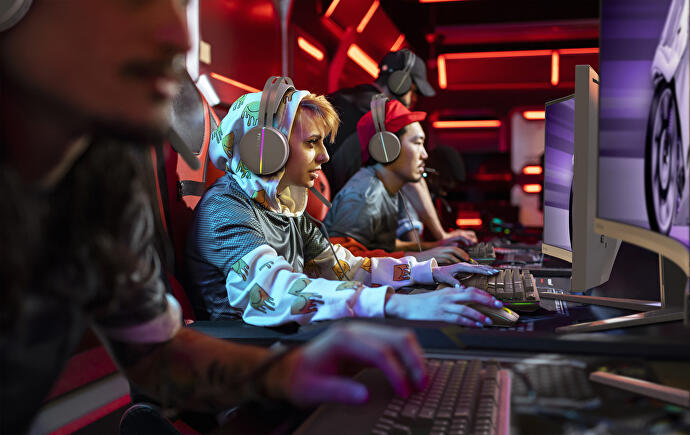 Philips also introduced peripherals such as headphones, keyboards and mice.

Innovations pay dearly, this is now an established fact, and given the few models that can boast an OLED panel and such a high HDR certification, the value of the monitor is inevitably above average. For this 34 ” in fact it will take a good € 2069, a strong price that could destabilize the market equilibrium and create a precedent in the prices of competitors. The value also remains high for the other two versions: the 42 ” one will cost € 1959, while the other 34 ” model will cost € 1849.

Before launching into too premature considerations, we can only say that the future of gaming outlined by Philips requires a rather bloated wallet but, against this expense, you can take home a performance monitor (on paper until we can get our hands on it. ) definitely avant-garde.

With these characteristics, the Dutch company not only launches a message to giants such as Acer, Asus and Samsung, but also aims to affect the market for televisions such as LG’s C series. The price gap remains high but gaming monitors are filing the distance on the panels and, more and more frequently, we will see the explosion of top of the OLED range leaving behind the LED panels that will remain to defend themselves with certainly more inviting prices. 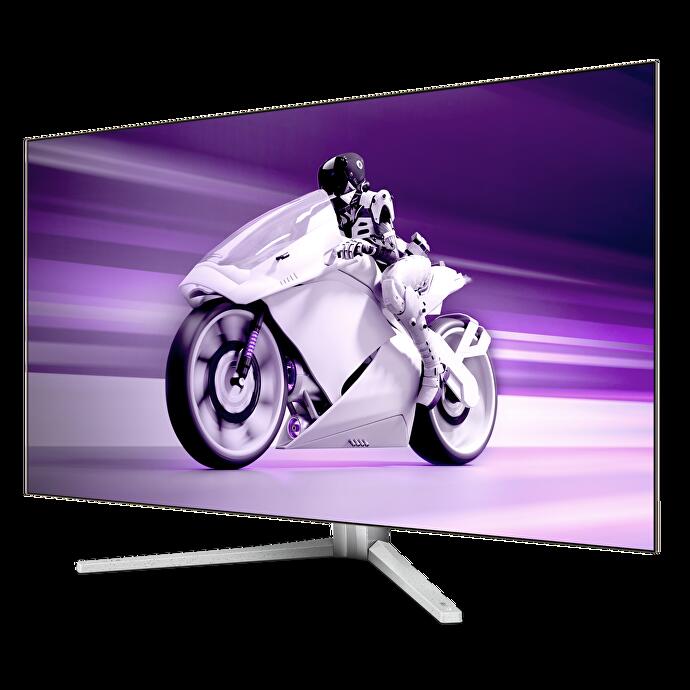 Although the 34 ” seems to be the model on which Philips has decided to invest, what intrigued us most was the 42 ”, the only one to equip a flat panel.

Unfortunately, we cannot delve into the line of accessories such as keyboards and mice, of which we do not know the prices but only the launch period, set for next summer. Both products show off elegant lines and similar to those of the monitors, with the Ambiglow that stands out the lines. Headphones are certainly more interesting, while keyboards and mice apparently seem to focus more on aesthetics than on tangible innovations.

As reiterated so far we have been pleasantly surprised by this presentation by Philips, which seems to have very clear and concrete ideas on how to position itself in the struggle between gaming hardware. We therefore postpone our evaluations to the next reviews, when we will have more information, especially regarding the peripherals.

Prime Gaming: Leak on the "free" games in November - with these full versions?

My Dress-Up Darling: jasikyu’s Marin cosplay is the perfect embodiment

The return of the HUAWEI Mate 50 series, the flagship smartphone camera leader of the era