With WoW: Dragonflight, PvP players can enjoy the solo arena with its own rating, rewards and whatever else matters. Official Title: Ranked Mixed Singles, which will become available in the Dragonflight pre-patch. Only the Gladiator title will not exist, but there will be a new special title for playing styles. Community manager Kaivax explained in the official WoW forum why this is so and what players can expect in the ranked mixed singles.

After the developers showed at the beginning of the tests how the solo arena matches (3v3) run fairly, they have now evaluated the player feedback from the Dragonflight beta realm and provide the answers to the most important questions about the rated solo shuffle.

Will grading be based on class specializations?

Yes! Based on data from the Solo Shuffle Brawl, arena match ratings, and community feedback, we felt it was important that a player’s rating in this game mode be tied to a specialization, not a class. Unique to this ranked game mode, players receive a rating for each specialization their character has. 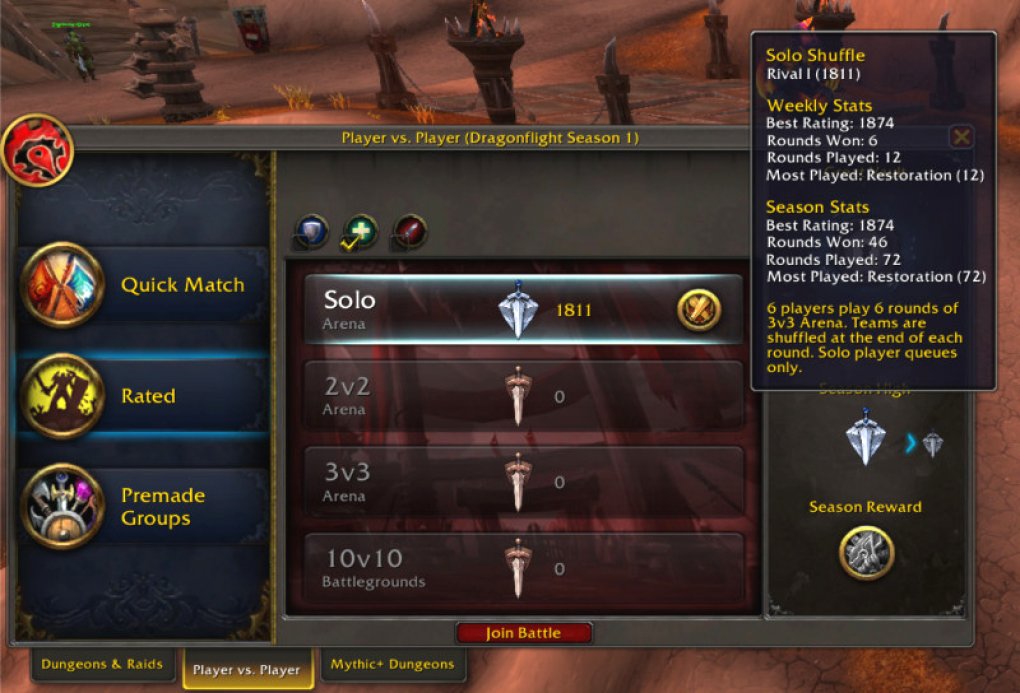 Players choose which of their specializations to queue with and participate in specialization-based leaderboards and end-of-season rewards. This will allow players to try new class specializations in the arena without the pressure to do as well as their core specialization (ie a Discipline Priest wanting to try Shadow).

Also in Season 1, players will be able to see their rank against other players in their specialization in Solo Shuffle on the official World of Warcraft (buy now) website.

What rewards can I earn? 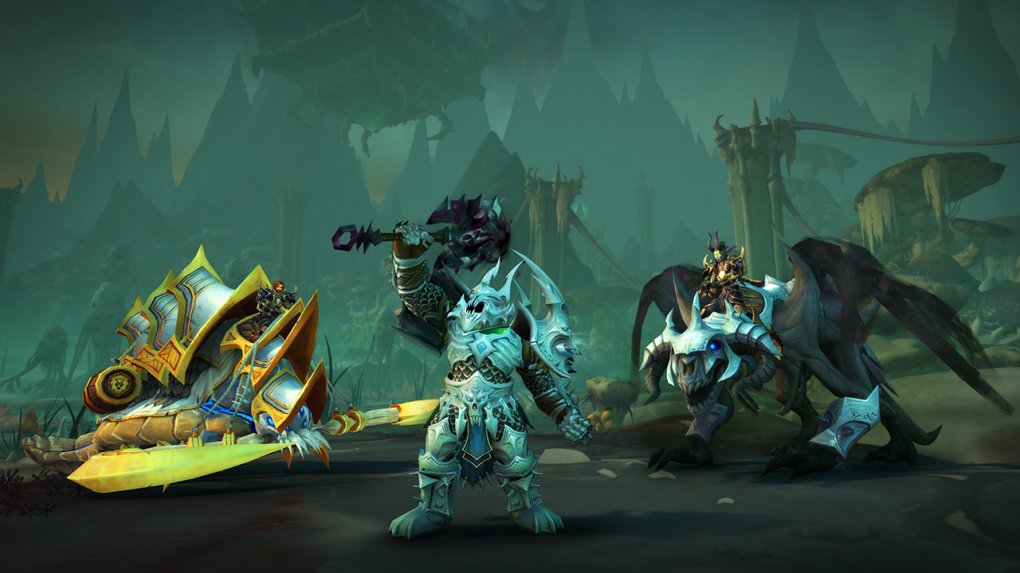 Just like in Ranked Battlegrounds and Arenas, you’ll earn seasonal rewards and achievements for PvP mounts and weekly Great Treasury progress, with rewards based on the highest rating of all of a player’s specializations. Players will receive all of the seasonal titles and achievements they would normally earn in ranked arenas, with the exception of the Gladiator and its associated reward. We felt it was important to keep this title as a unique reward for Rated Arenas.

We’re aware that some class specializations perform better than others in Solo Shuffle, and that they’re represented differently overall in the game mode. With that in mind, we’re introducing a new and unique title at the end of the season for the top 0.1% of each specialization in Solo Shuffle. For Dragonflight Season 1, this will be the title Crimson Soloist. We received community feedback on this title and are currently evaluating it.

How is the rating calculated for each match?

During the Dragonflight Beta, we received feedback that you wanted to better understand how rating is calculated. There’s a lot of math and calculations going on in the background, but basically Solo Shuffle Match calculates 6 arena matches into one.

WoW Mobile not off the table yet? Job posting raises questions

A WoW mobile game with battle pets or a mobile WoW RPG does not seem to be off the table, as job advertisements show.

From the pre-patch to WoW: Dragonflight you can create significantly more characters per account than in Shadowlands.

What happens if another player folds my game before it’s over?

One topic that we discussed internally and received feedback on during the brawl and beta is: What happens if a player leaves the game before all rounds are complete? We want to discourage players from leaving their game, punish them appropriately, and minimize the impact on players who have not left the game. The player who exits the game gains a Deserter Debuff that increases in penalty for each subsequent violation.