There was some news about Age of Empires last night, as two titles are now also coming to Xbox consoles. But a spin-off was also discussed: Age of Mythology will also return to the scene. 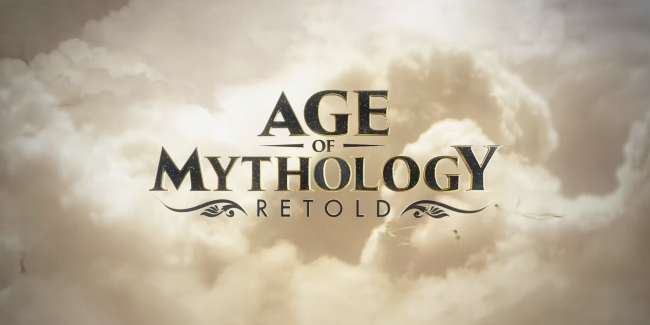 Strategy fans can rejoice, because another classic from the past is being reissued and will shine in new splendor in the foreseeable future. What is meant in this case is a spin-off of Age of Empires, namely Age of Mythology.

To mark the 25th anniversary of the Age of Empires franchise, Microsoft has teamed up with Relic Entertainment to announce Age of Mythology: Retold. This is a Definitive Edition – i.e. a remaster – of the popular strategy game that was originally released in 2002. Back then, the real-time strategy genre was in its heyday and Ensemble Studios released the mystical spin-off.

Compared to the parts of the main series, some new features and gameplay mechanics found their way into Age of Mythology, including mystical concepts and you hero units. At the start there were three factions with the Greeks, the Egyptians and the Northerners, via extensions more were later added, including the Chinese.

Gods will return. Heroes will rise. Legends will battle.

Age of Mythology: Retold is coming.

The confirmation of the new edition was communicated, among other things, via an in-house Twitter account for the game – and not about Age of Empires. Microsoft seems to have bigger plans with the Retold variant.

The fact that the material of the strategy classic is being revisited is nothing entirely new. An extended edition of the title was released in 2014, but the game drafted by Skybox Labs was criticized at the time, as it was plagued by errors.

Details on Age of Mythology: Retold are still pending; in particular, there is no release date yet. The first trailer can be seen below; an Xbox logo can also be seen in it, which is why a console release could possibly be assumed here as well. We will keep you up to date!

With Age of Mythology: Retold, Microsoft has announced the next new edition of a true strategy classic.

The Simpsons are turning into anime - and man does that look good!

The Guardians of the Galaxy Holiday Special will air next month

Microsoft praises the success of the Xbox Series S, calling the console the "best entry point"

Season 3 of The Mandalorian premieres on March 1, 2023