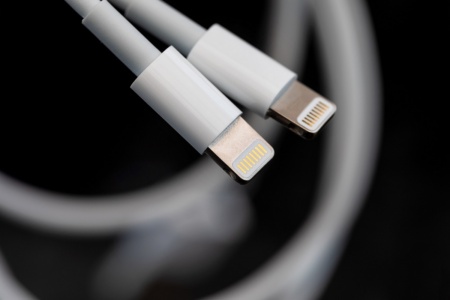 Apple Chief Marketing Officer Greg Joswiak said the company “will have to comply” with the new EU USB-C regulations and criticized them for “e-waste implications and customer inconvenience.”

At the WSJ Tech Live conference, Apple gave direct confirmation that the iPhone with USB-C will still appear.

“Obviously we will have to comply, we have no choice,” Joswiak said.

Greg added that “the Europeans dictate the timing for European customers” and did not specify if the company would add the connector to phones sold outside the EU.

However, a company spokesperson has made it clear that Apple is unhappy with the legal enforcement of the transition. Historically, the company has preferred to go its own way and trust its own engineers rather than being forced to accept the hardware standards of the legislators. Joswiak recalled that earlier the company was forced to switch to Micro USB.

Greg also suggested that charging devices with detachable cables would basically solve the standardization problem (earlier there were rumors that Apple would probably take advantage of the loophole and simply put the appropriate adapter in the kit), and stated that the transition of the iPhone from Lightning to USB-C will lead to a lot of e-waste.

During the meeting, the possibility of an iPhone without a port that would rely solely on wireless charging (for example, Apple’s own technology – MagSafe) was not discussed – this would theoretically solve the problem.

On October 4, the European Parliament made a final decision on the implementation of USB-C as a single charging standard for a wide range of gadgets, including iPhones and AirPods. The document was adopted almost unanimously: 602 votes against 13 (another 8 abstained), the press service of the parliament reports.

By law, by the end of 2024, all mobile phones, tablets and cameras that will be shipped to Europe must be equipped with a USB Type-C charging port, and from spring 2026, new single charge rules will apply to laptops.

According to Bloomberg News, Apple plans to move the iPhone to USB-C in 2023. Some devices, including Macs, most iPads, and accessories have already migrated to USB-C from Lightning and other connectors.

Spotify exceeded expectations with the number of paid subscribers!

DC Studios: The names of the new bosses of DC Studios announced, and there is heavy!

“Doesn’t that make you stupid?”, when an interview with a major video game radio channel sparks debate!