Call of Duty Modern Warfare 2: the 1.03 update for multiplayer is already huge

The dimensions of begin to take on greater consistency Call of Duty: Modern Warfare 2after a rather comforting start: with the arrival ofupdate 1.03which introduces the whole multiplayer part of the game, it will need a lot more space, considering that only the update requires approx 40 GB.

We had seen that the initial dimensions of Call of Duty: Modern Warfare 2 were surprisingly small, but this is only the beginning. Although these data already included parts of the multiplayerevidently they were not yet complete, given that the 1.03 update that will be released at the launch adds another 40 GB of data to download and install.

In addition to the initial 60 GB of the single player campaign and the multiplayer base, therefore, the contents of the 1.03 patch must also be added and perhaps there may also be a need for further additions at the launch. 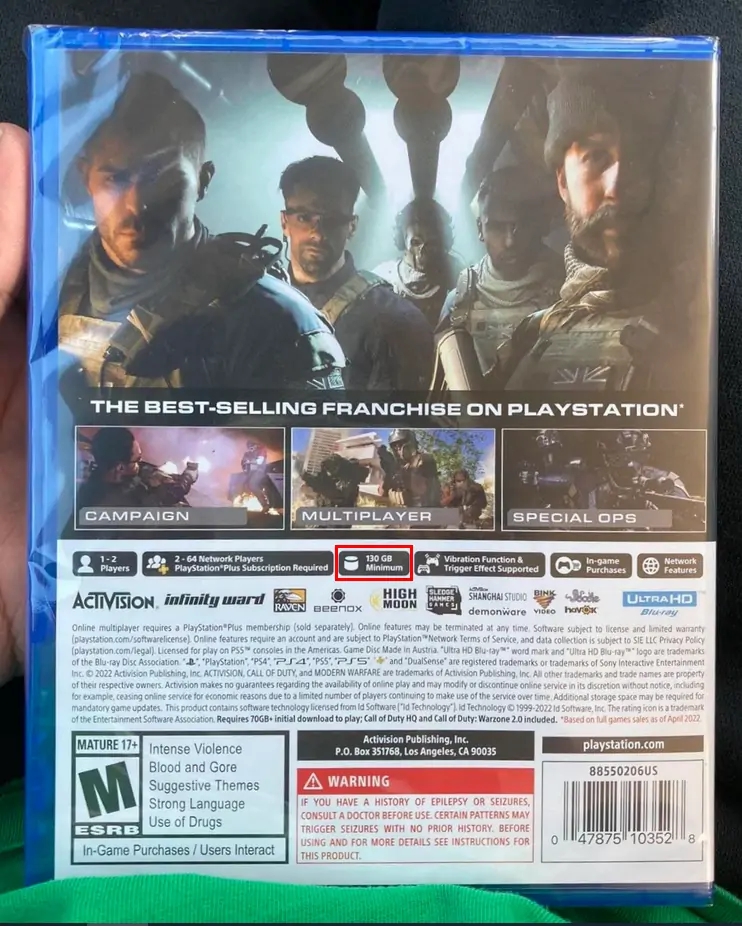 Call of Duty: Modern Warfare II, the back of the box photographed and shared online

To look at the back of the package official Call of Duty: Modern Warfare 2, already photographed and published on the net, in fact emerges the overall data of the space required on the hard disk for consoles.

The game requires at least 130 GB of free space on SSDs and hard drives: although this may be an upward estimate, in order to have the security of space to hold all the game, it is already indicative of the probable size. We are still a long way from the 200 GB records recorded by some previous chapters, but we are still at the beginning, so we’ll see. Meanwhile, early campaign votes are mixed for Call of Duty: Modern Warfare 2.

YouTube has changed its interface with news for all devices

Lomachenko reveals why he agreed to fight Ortiz