Mudrik was highly rated against Celtic by WhoScored

Shakhtar Donetsk played a draw against Scottish Celtic (1:1) in the 5th round Champions League.

The goal of Georgios Yakumakis (34 min) was answered by Mikhail Mudrik (58 min) with an excellent shot in the top nine. At the 72nd minute, Daniil Sikan, after a candy pass from Mikhail Mudrik, did not score the ball into an empty net.

Tournament position: Real (10 points), RB Leipzig (9), Shakhtar (6), Celtic (2). Shakhtar guaranteed a European Cup spring. To reach the 1/8 finals of the Champions League, the miners need to defeat RB Leipzig on November 2 in Warsaw with any score.

Goalscorer became the best player of the Donetsk club according to WhoScored Mikhail Mudrik (rating 7.7). 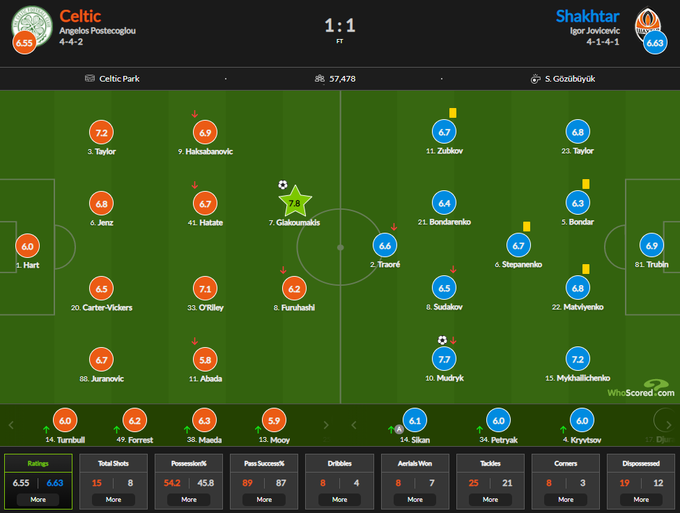