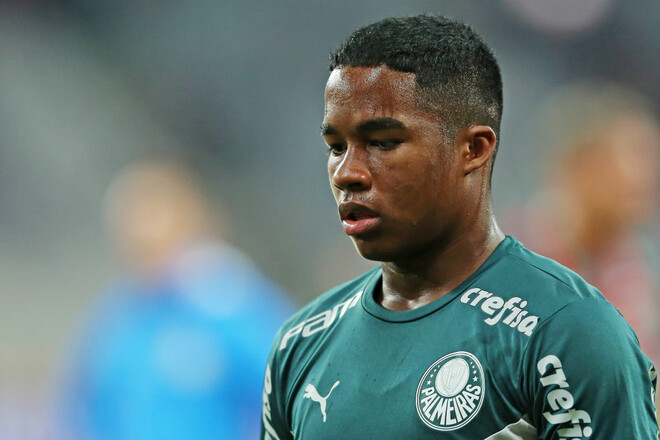 The day before, in the match of the 34th round of the Brazilian Serie A, Palmeiras defeated Atlético Paranaense (3:1) on the road, making a confident step towards an early championship.

The author of one of the green-and-whites’ goals scored was 16-year-old Andrik, a graduate of their academy.

At the time of the match, Endrik was 16 years 3 months and 4 days old, as a result of which he became the youngest goalscorer of Palmeiras in history, rewriting the previous record, which had been held for almost 106 years.

Prior to that, Palmeiras’ youngest scorer was Heitor, who scored his first goal for the Green-Whites at the age of 16 years 11 months and 14 days in a 4-1 win against the now defunct Associasan Atletica das Palmeiras (the club was disbanded in 1930), which took place on December 3, 1916.

It is noteworthy that the former record holder Heitor is the top scorer in the history of Palmeiras. He has 327 goals on his account, which is much higher than the figure of the closest pursuer Cesar Maluko, who has 180 goals for the Green-Whites.

It should be noted that Andrik is already being proposed to European giants. In particular, interest in him is attributed to Paris Saint-Germain, Real Madrid, Barcelona, ​​Manchester United and Manchester City. Clausula forward under the contract with Palmeiras is equal to 60 million euros.