Kutai Kartanegara – A team of scientists from universities in Denmark, Sweden, and Japan, managed to create a single, high-speed chip, which is capable of transferring data at speeds of more than one petabit per second over fiber optic cables. This amount is equivalent to transferring more than one million gigabits of data per second, or about the total data traffic on the internet today.

High-speed data transmission, which often required fiber optic cables and bulky equipment, is now being miniaturized into a smaller on-chip package. Instead of creating multiple laser currents in parallel, the current researchers prefer to shrink the size of the data transfer device down to the silicon level. This research is of course aimed at eliminating the existing obstacles, when sending large amounts of data packets, from a considerable distance, as well as with higher transfer speeds.

This is what A. A. Jørgensen, D. Kong, and LK Oxenløwe are looking for. Together with other research teams, they succeeded in demonstrating data transmission of 1.84 petabits, or about 1.8 million Gigabits, over a 7.9 km fiber optic cable, using only a single chip. While that sounds amazing, those speeds aren’t really as fast as some of the bigger alternatives, with data transfer speeds of up to 10.66 petabits.

However, the key found by this research team lies not only in the maximum speed of data transfer, but also in the scale of the “very compact system (tight)” to use.

Also read: Due to a bug, CODM Warfare Player is Permanently Banned 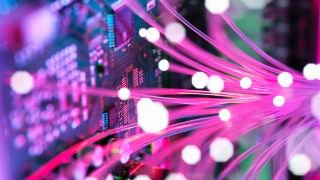 By dividing the data stream into 37 sections (one stream for each fiber optic cable core,) and then dividing it further, with each stream split into 223 channels, the researchers managed to eliminate many of the disturbances that slow down the optical system. Thus providing a much larger data transmission, using only one chip.

“You could say the average internet traffic in the world is about one petabit per second. What we transmit (at the moment is) double (it),” Jørgensen told New Scientist (via PC Gamer)

“This is a very large amount of data that we transmit, in essence, less than a square millimeter [kabel]. It just shows that we can go further than today with an internet connection.” he added.

Uncharted PC Unsatisfactory in the First Week of Release

Review OPPO A17k, 5000 mAh battery, can play all day long, worth more at a good price