There is fresh supplies for the shooter Sniper Elite 5, which started in May: in addition to a free multipayer map, a new DLC awaits you. 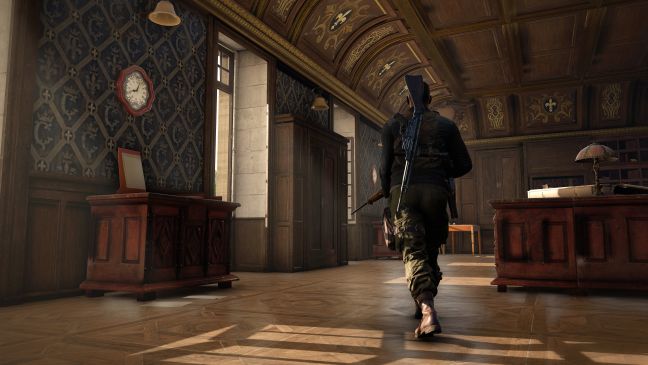 Rebellion remains loyal to the Sniper Elite 5 shooter community and is now once again delivering fresh content for the title. First of all there is the new multiplayer map called “Kraken’s Lair”, which is made available to all gamers free of charge via an update.

The map takes you back to the Nazi submarine bay from the campaign; this has now evolved into a new battlefield for multiplayer clashes. The catwalks provide great vantage points for snipers, while you can engage in combat on the submarine decks and in the narrow corridors.

In addition, with “Up Close & Personal” comes a new DLC package with all kinds of content. This includes two new weapons and a new tank top look for Karl and Monika. The Win & Co 1885 is a heavy rifle loaded with a huge 50-110 caliber bullet. Despite the limited rate of fire, it can take out any opponent with just a single hit. The rifle is complemented by a new submachine gun, the ERMA.36. With its integrated silencer and high muzzle velocity, the ERMA.36 is a heavy but powerful submachine gun for stealth operations.

The contents of the package at a glance:

The package is available as part of Season Pass One for EUR 34.99 or separately for EUR 10.99. The Season Pass also includes the already released “Landing Force” and “Concealed Target” packs and another pack including a new mission that will follow shortly.

The shooter Sniper Elite 5 is now getting a new multiplayer map and additional content via DLC.

Ukrainians won gold and bronze at the Volvo Open Cup

Gotham Knights: PC matchmaking issue will be getting a fix soon