Splatoon 3: the first tournament of the Italian community is underway

The one between Nintendo and the world of esports is a very ancient and complex union. If the Big N has always focused on the classic sofa choral experience in which to laugh and joke with friends and relatives, it has been unwittingly able to create some of the most popular video games followed by competitive scenes, made of technicalities and rivalries capable of leaving a furrow in the history of the sector. Not to mention, of course, the many relationships destroyed by a banal, simple gesture, like a betrayal launch of a red shell on the last lap on Mario Kart, addressed to an innocent driver who until then considered us “friends” her.

We’ll come back to the topic later, but today’s news is about Splatoon 3, a title that for its part has opened up to various technicalities embroidered on the competitive component. In multiplayer battles there are now skills such as the Spinner, the Impinnata, the super-jump, that is techniques that in the hands of the most experienced players can lead to sensational “splatting” and continuous overturning in the face. We were not surprised, therefore, to find that the first Italian tournament of Splatoon 3.

When? Registration open until October 30th. Tournament from October 31 to November 20

Dove? Here is the registration form. For information and updates, subscribe to the Splatoon 3 Italian Discord channel.

Yes, you got it right: starting next October 31st, teams of fans will face each other in two circuits: the first board, based on Molluscs, is designed for new players who want to dive blindly into the competitive world. The second, on the other hand, is dedicated to hard and pure fans, who will battle in the selection of Anarchist Matches, namely Zona Splat, Bazookarp, Torre Mobile and Vongol gol. Obviously, in addition to representing a golden opportunity to deal with the tournament environment even for those who have never done so, these events are perfect for making new friends, as has already happened – especially in our country – in the community. by Super Smash Bros. 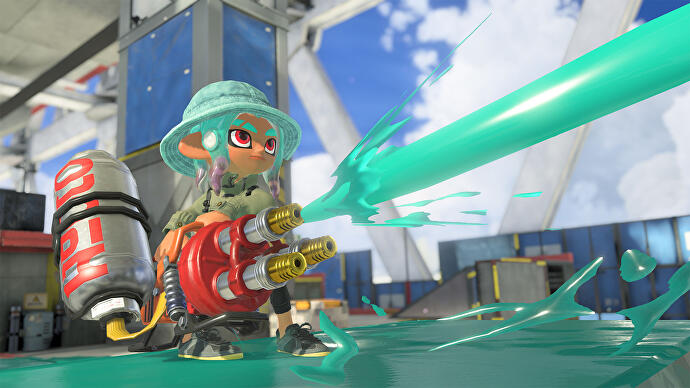 Are you ready to take to the battlefield in first person?

The tournament is organized by the Italian Nintendo communities, and registrations are already open: to participate, simply fill out the form that you can find by clicking on this link (until October 30). Are you ready to take to the battlefield? The tournament will last from October 31st until November 20th, the reference information platform to monitor the results will be challonge, while many of the matches will be broadcast live on Twitch; in a nutshell, if you were born to splat you have no more excuses. In case you are interested, would like to participate in the tournament or simply follow it, we direct you to the Splatoon 3 Italian Discord server, where you will find full coverage of this and other events, and where of course you can look for other fans to join the battle with.

The tournament, among other things, serves as a starter for the upcoming Splatfest of Splatoon 3 on November 12 (through November 14); for the uninitiated, Splatfests are events that aim to create groups of players who fight in support of “an ideal”. The ideal, well, in this specific case will be linked to the launch of Pokémon Scarlet and Pokémon Violet, and what better theme to put at the center of the stage than the very difficult choice of the starter? The Water team, the Fire team and the Grass team will battle in the name of the starting Pokémon of the new adventure, namely Quaxly, Fuecoco and Sprigatito, respectively.

Returning to the central topic, we recently published an analysis of the advanced mechanics of Splatoon 3 that you can read at this link, which is useful if you want to participate in the tournament, but above all to explain the concept of depth that orbits around the productions. Nintendo license plates. It is in fact in some ways amazing to see how the Japanese house has been able to create video games that are very easy to take in hand, simple to learn, yet extremely complex to master at the highest levels. 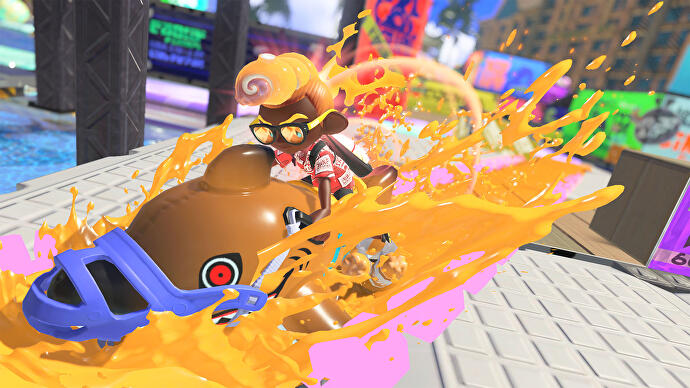 Don’t forget to consult our guides to make the most of it.

Splatoon 3 itself is emblematic in this sense: it will have happened to you at least once, in the past few weeks, to do some Mollusca Melee in peace and then come across a team of professionals so experienced as to make their members seem invisible. Well, it has happened to us, and there is something magical about the cooperation and the technique it takes to shine on the colorful backdrops of a seemingly chaotic and crazy work.

It is no surprise: the same dynamic had already occurred since the dawn of time of the Super Smash Bros series, which staged a party-game capable of transforming itself into one of the most followed esports in the world, to the point of conquering a place. on a permanent basis in the export temples dedicated to the fighting-game genre. This year, Nintendo itself has entered into a partnership with the Panda Global organization to stage a major worldwide Super Smash Bros Ultimate tournament.

We’ve also seen ARMS appear on the scene in the past, but recently Splatoon 3 is the prime candidate for generating a new flashback. The Italian tournament is just one of the many competitions born within the community that are marking the post-launch period of the work, and it is absolutely not to be excluded that sooner or later we will see the debut of a great circuit. Which, moreover, would also be very interesting on the banks of Mario Kart, net of some measures to limit its intrinsic unpredictability. 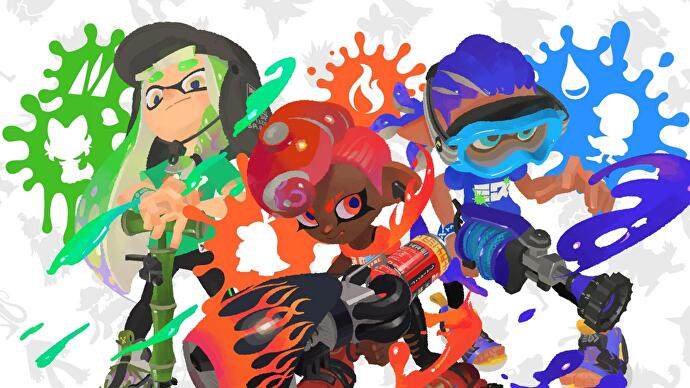 The next Splatfest will be themed Pokémon Scarlet and Violet. Which starter will you choose?

The relationship between accessibility and depth probably represents the greatest strength of the Grande N, the characteristic that has allowed it, and still allows it today, to gather under its banner an extremely rich and varied public; a bit like what happens, for example, in football, where in city sports centers you happen to attend a match between high school students and a match between colleagues who have just left the office at the same time.

Our suggestion, therefore, is to put shyness aside and find out how deep the White Rabbit’s lair actually is: if you’re a Splatoon 3 player, it’s worth gathering a group of friends and taking your first steps in this side. hidden of video games, a secret nature that is capable of cementing historical friendships and creating new ones. What are you waiting for? You only have time until next October 30th. It’s time to take the field!

Call of Duty Modern Warfare 2: The game modes available at launch and more

All semi-finalists at the tournament in Guadalajara have become known