Star Wars Eclipse: Alleged leak is said to have been intentional

A few days ago, the first details about the story of the upcoming Quantic Dream game “Star Wars: Eclipse” should have come to light. However, it is said to have been a deliberate, “controlled leak”. 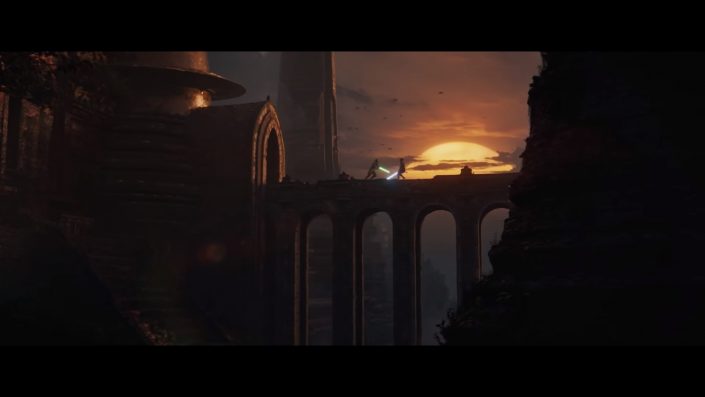 A few days ago, insider and leaker Colin Moriarty knew about the first ones on his Sacred Symbols podcast Plot Details for the Upcoming Star Wars: Eclipse to report. If the first major leak to the game in the “Star Wars” universe was assumed last weekend, other sources have doubts.

As Tom Henderson now reports on the Insider Gaming website, it is said to have been a “controlled leak”. This was supposedly to gauge interest in the title and help Quantic Dream’s recruitment efforts.

Leak was supposedly not a leak at all

As Colin Moriarty explained on the Sacred Symbols podcast, his sources are said to have provided him with documents that included an overview of one of the characters as well as details about the game’s plot. However, as the well-known leaker Tom Henderson wants to know, it is said to have been a “controlled leak”. Henderson’s sources, who were able to report months before the official announcement, report that the “Star Wars: Eclipse” developer Quantic Dream acquired by NetEase that the publication of the details was intended.

With the new information, the reactions of the community to the game should be gauged. In addition, it should help the developer in the search for new talent. The studio Quantic Dream has been getting one for a while now accused of unhealthy work culture. Studio boss David Cage, who is also said to be involved in “Star Wars: Eclipse”, is also controversial.

According to the new information, “Star Wars: Eclipse” will revolve around the couple Sarah and Xendo, who belong to the new humanoid race Zaraan. Both characters find themselves on opposite sides of a political conflict. As Henderson reports, “Star Wars: Eclipse” is not expected to be released until 2026 or later. According to its sources, the studio is currently having major problems with the engine.

iPhone, Mac and iPad get support for modern versions of classic Nintendo controllers

Hideo Kojima (Death Stranding): his new leaked game with gameplay, the end of the mystery!