Corsair Katar Elite review: our opinion on this gaming mouse

Corsair Katar Elite Review: Our Opinion On This Gaming Mouse

Corsair offers us a new version of its Katar wireless mouse with this Elite Wireless iteration which accommodates a battery and a very powerful optical sensor. A new benchmark? 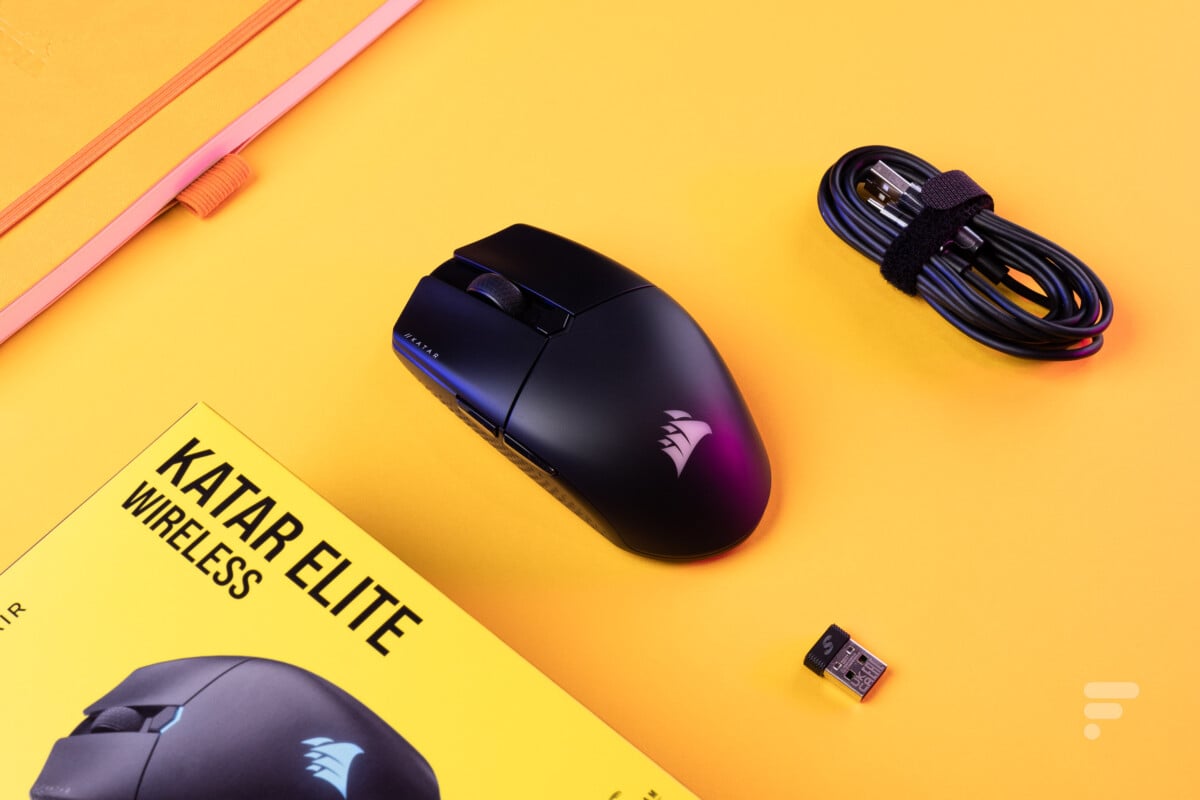 The Corsair Katar Elite Wireless gaming mouse has an air of deja vu since it uses the same design as the model it replaces. This relatively compact wireless mouse is positioned as a competitor to the Logitech G305 and Razer Orochi V2.

Compared to its big sister, the Elite Wireless iteration says goodbye to batteries and integrates a rechargeable battery, triple connectivity and the excellent Marksman sensor. This new proposal is available at the very competitive price of 80 euros.

A design without originality, but convincing

Basically, the new Corsair Katar Elite Wireless hardly does anything in terms of design and ergonomics, compared to the Pro version. This is not necessarily a bad thing since the previous model, released several months ago, was generally convincing on these two points. 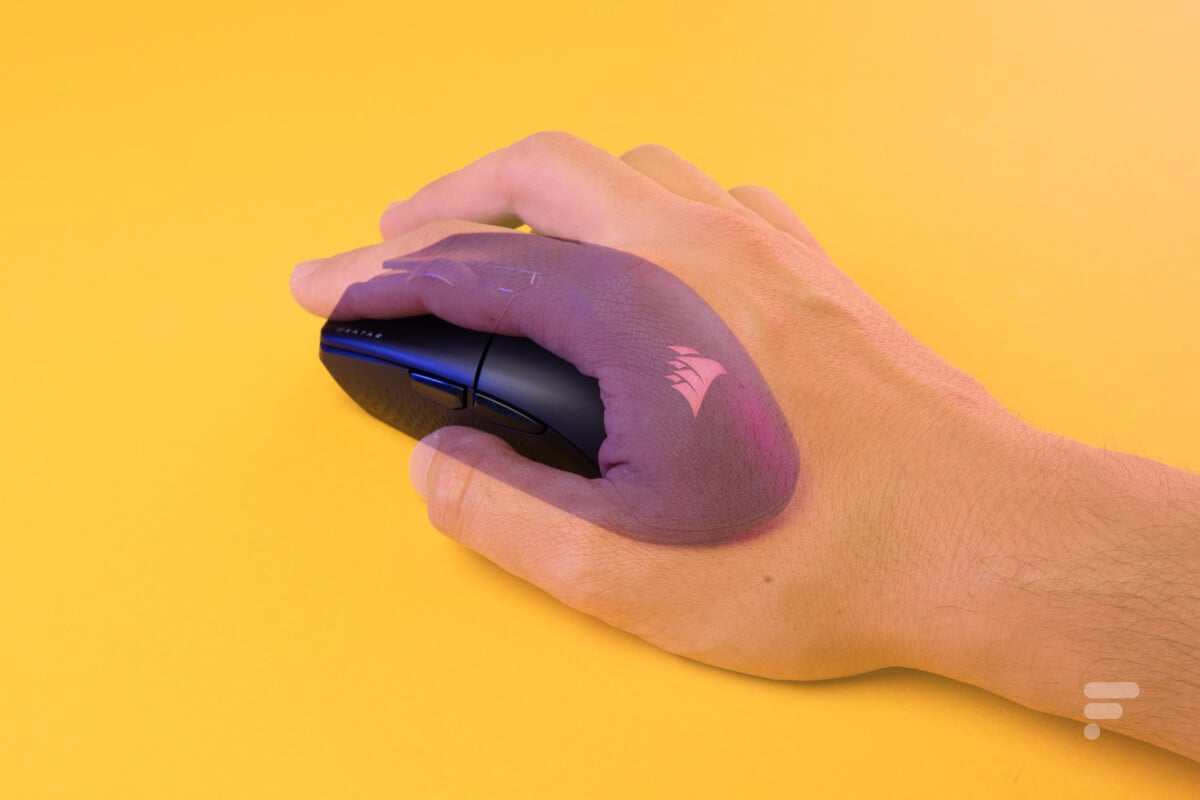 The shape of the mouse remains unchanged and logically compares to some competitors like the Logitech G305. The hull is symmetrical, relatively compact and rather flat. Despite this symmetry, it will only appeal to left-handers due to the absence of additional buttons on the right edge.

As often, the entire hull is made of hard plastic. The one coated on the top as well as on the main buttons is a little too slippery for our taste and may slightly taint the experience for players with sweaty hands. The slices are also made of plastic, but this one is textured with a triangle pattern which improves the grip, and therefore the grip of the mouse. The assembly of the mouse is however not free from defects and some plastic noises are heard during handling. 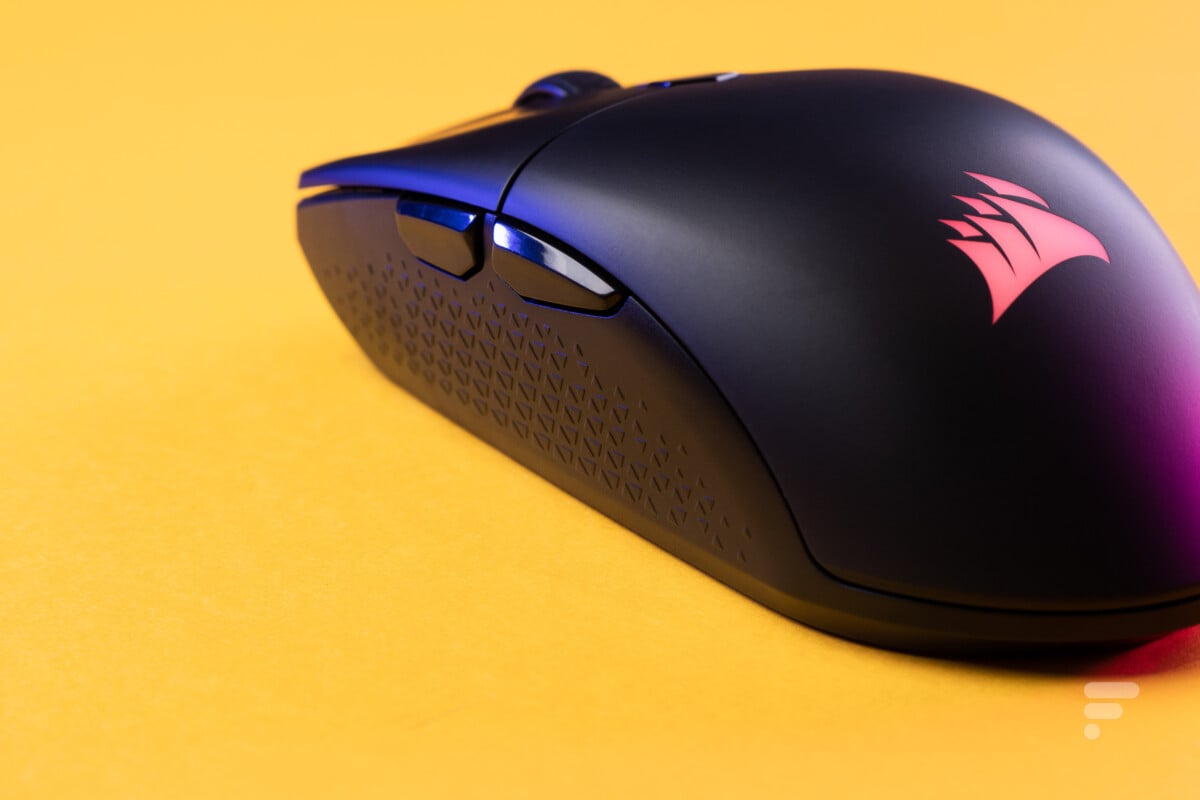 Thanks to its simple shape and compactness, the Katar Elite Wireless will be perfectly suited for all styles of grip. The hand fits very naturally and makes the mouse comfortable for most uses without causing any fatigue during long sessions of use. Only users with large hands may be slightly constrained in their grip style.

The two main buttons are separate from the rest of the mouse and provide a responsive and fairly audible click. Note here the good idea of ​​Corsair to have slightly dug the end of the buttons, allowing to optimize the placement of the fingers despite the relative finesse of these buttons. 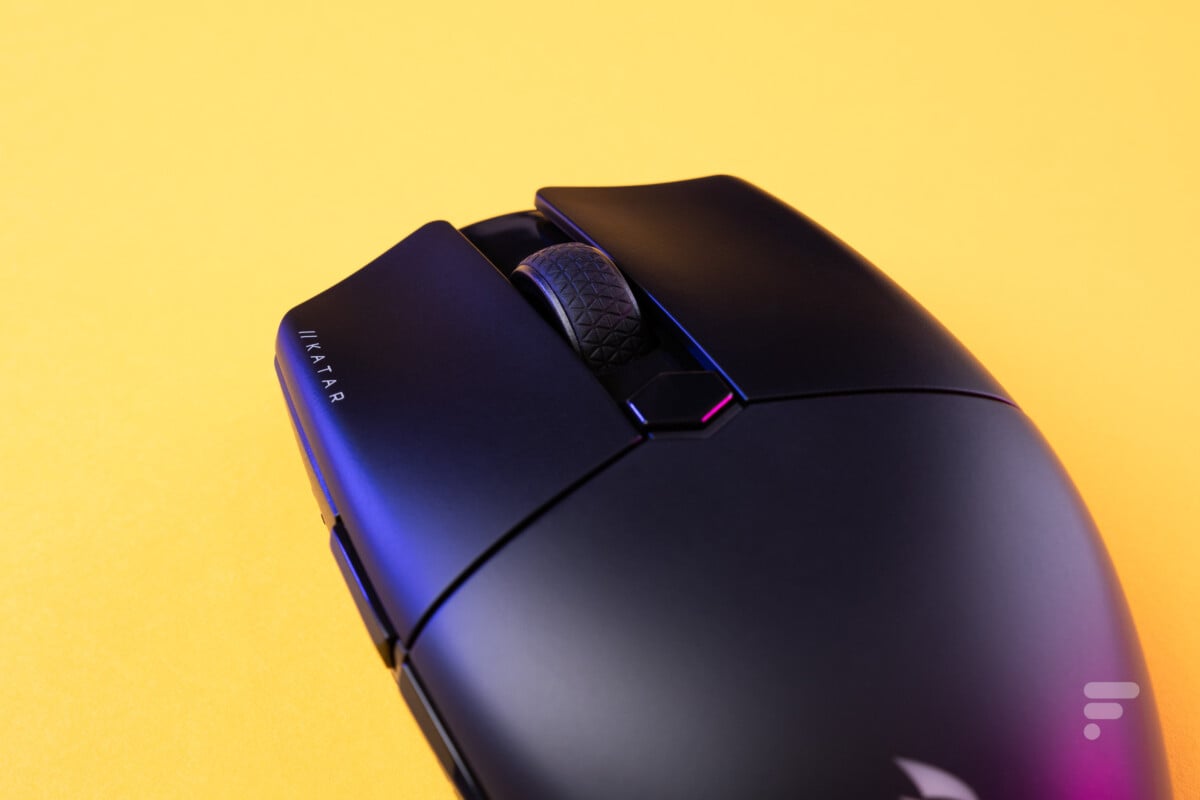 The switch button between sensitivity profiles is still in the game and is positioned just behind the wheel. This provides a decent experience with fairly slightly marked notches and a responsive click, although a little harsh for our taste. On the left edge, the Katar Elite Wireless has 2 additional buttons. These fall just under the thumb and benefit from a marked and responsive click.

Unlike the previous version, this new wireless Katar works with an integrated battery. This allows him to gain a few grams on the scale, with only 69 g in total. In fact, it logically has a USB C port for charging which can also be used for the connection with the PC. 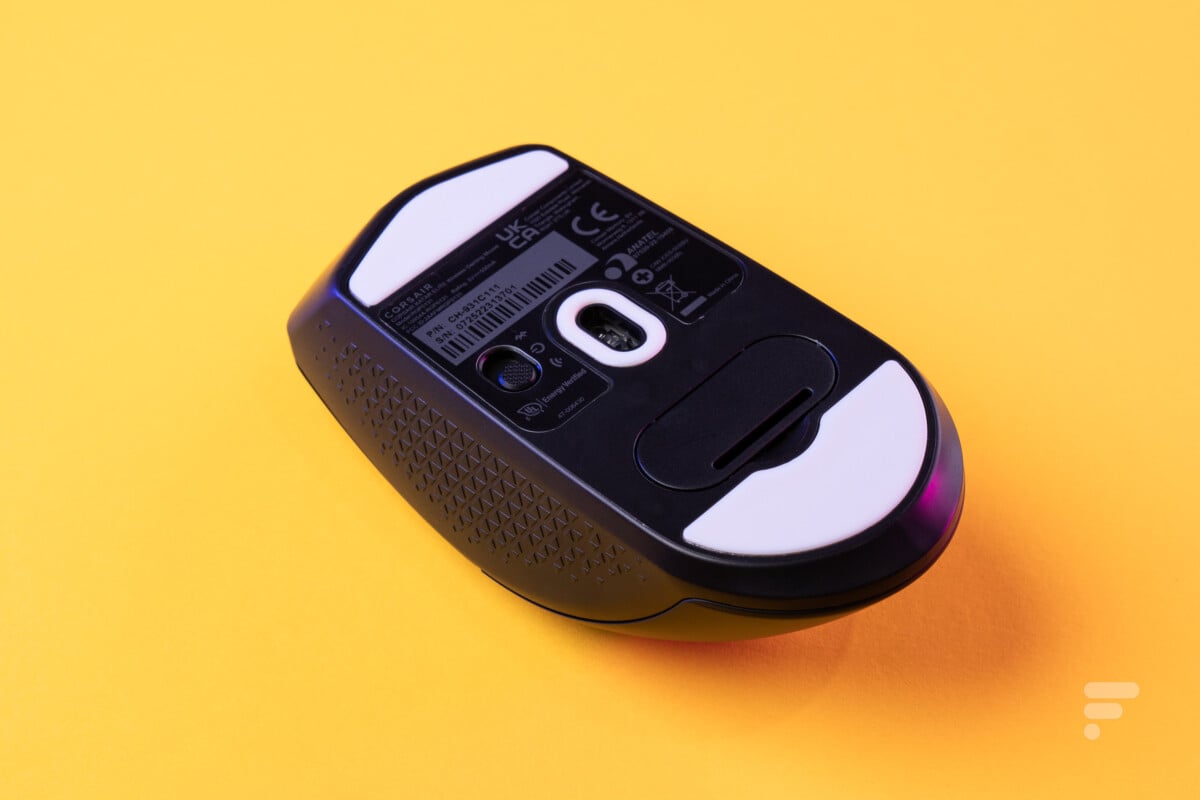 Under the mouse, there is a 3-position switch that allows you to switch between the different operating modes. The 3 PTFE pads ensure excellent sliding and a hatch is also included to store the USB dongle during transport.

Despite its light weight, this new Katar does not ignore the RGB lighting which is confined here to the brand logo, located on its back. In addition, we also benefit from a solid shell, an argument that all mice as light do not necessarily have.

The Corsair iCue software is logically there to customize all aspects of the Katar Elite Wireless. Let’s start with the 6 programmable buttons that can be reassigned with the functions of our choice from a wide selection. There are, for example, keyboard shortcuts or macros that can be recorded directly within the application. 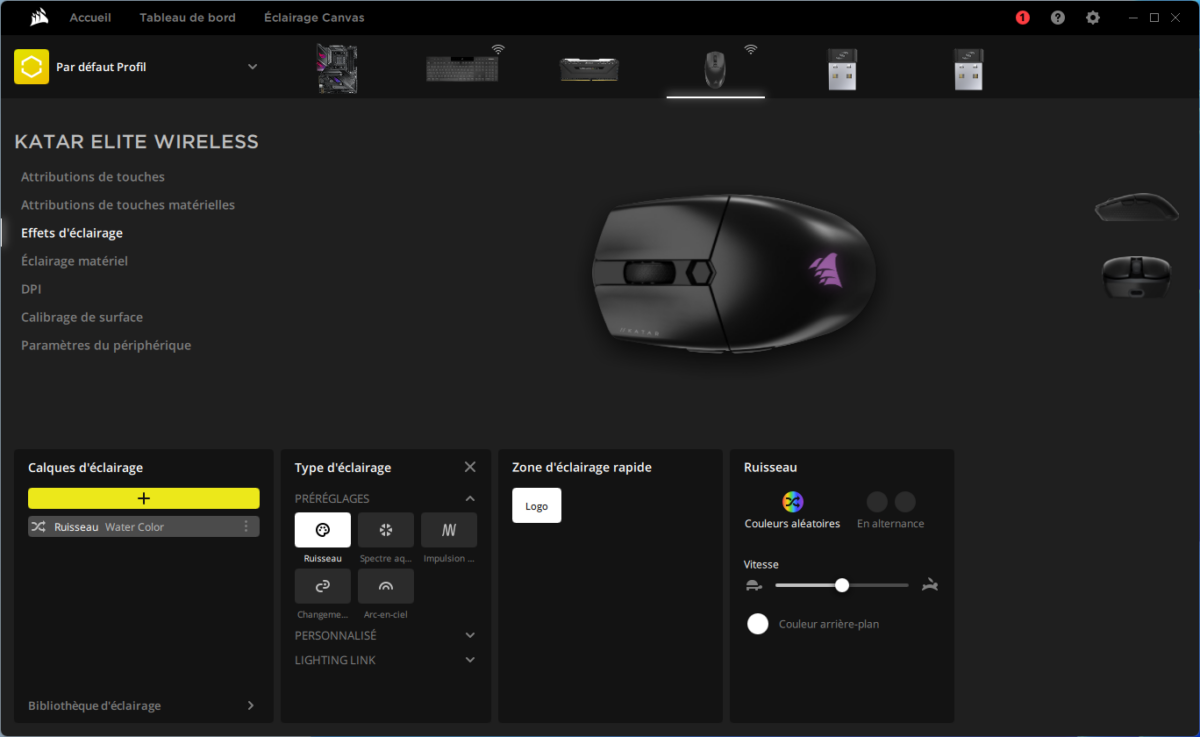 The single light area of ​​the mouse is also customizable with many effects, although this is of little interest because of its discretion. The sensitivity of the sensor can be defined on 5 distinct levels and even a 6th if we count the sniper mode. 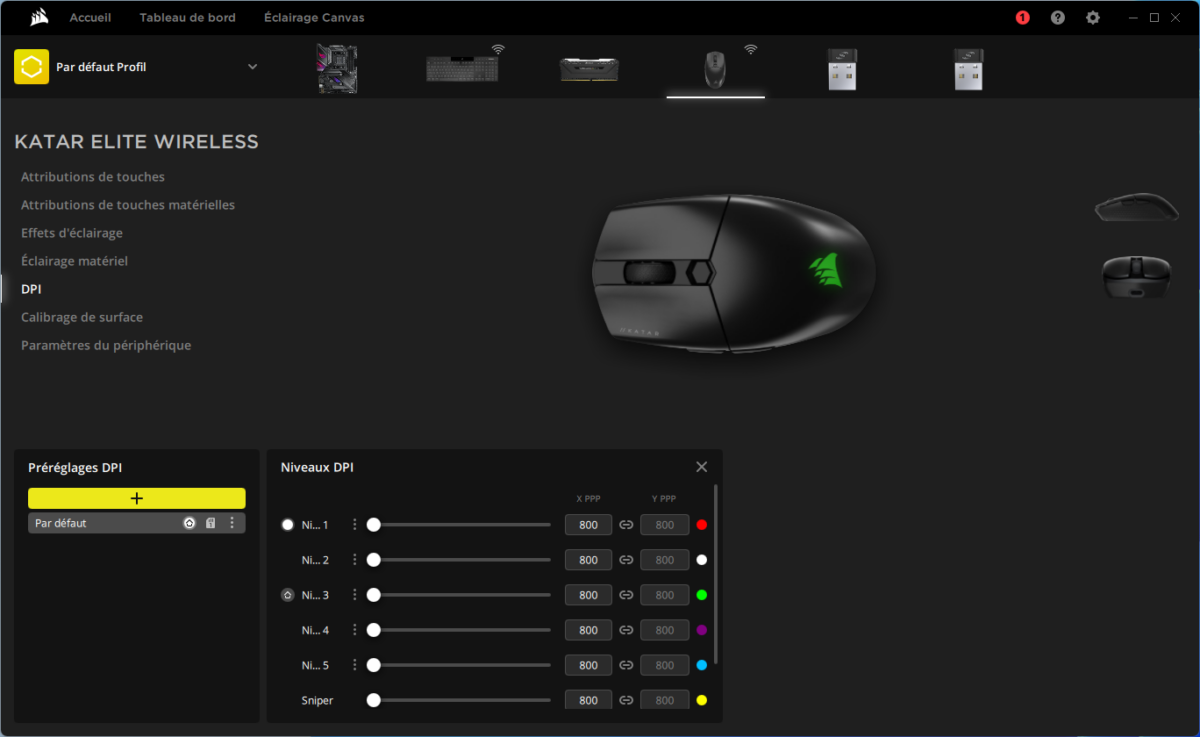 Apart from Surface Calibration, iCue offers other options mainly related to battery saving and wireless linking. You can thus customize the sleep time of the mouse, the display of a battery gauge in the taskbar or even manage the multipoint pairing of compatible peripherals. 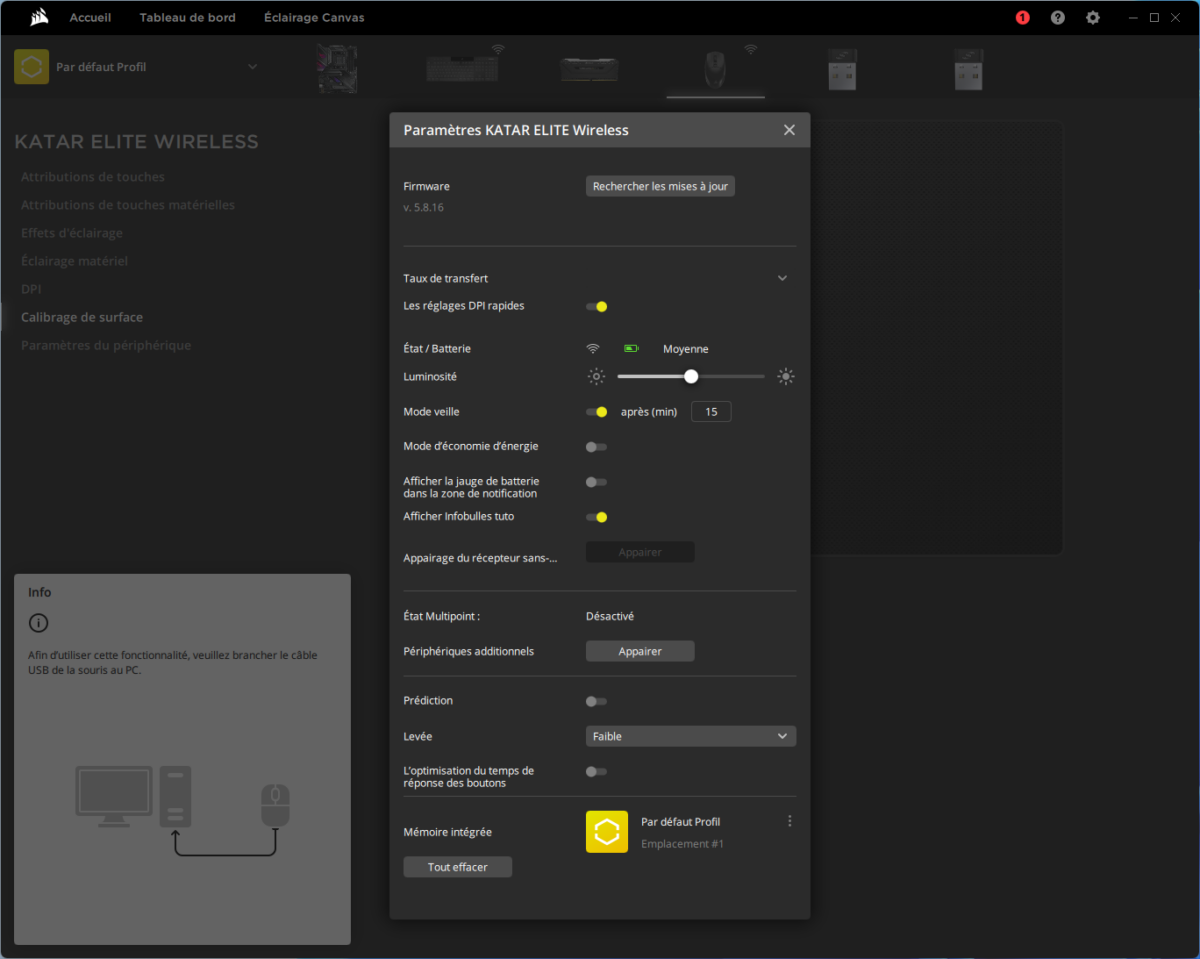 As always, settings can be saved to profiles to be associated with our games and apps. Corsair always distinguishes between “iCue” settings and “Hardware” settings which can be saved on the internal memory of the mouse. This pirouette lost ensuring that the chosen settings will work even if iCue is not launched.

One of the main novelties of the Elite model is therefore the adoption of a battery instead of a battery. The autonomy offered is very correct with sixty hours announced by Corsair with the radio link (and without RGB lighting). This autonomy extends up to 110 hours in Bluetooth.

On our side, we used the mouse daily for more than a week with 3 to 4 hours of use each day. The battery was still half full at the end of this week of use, which seems to confirm the figures announced by Corsair. 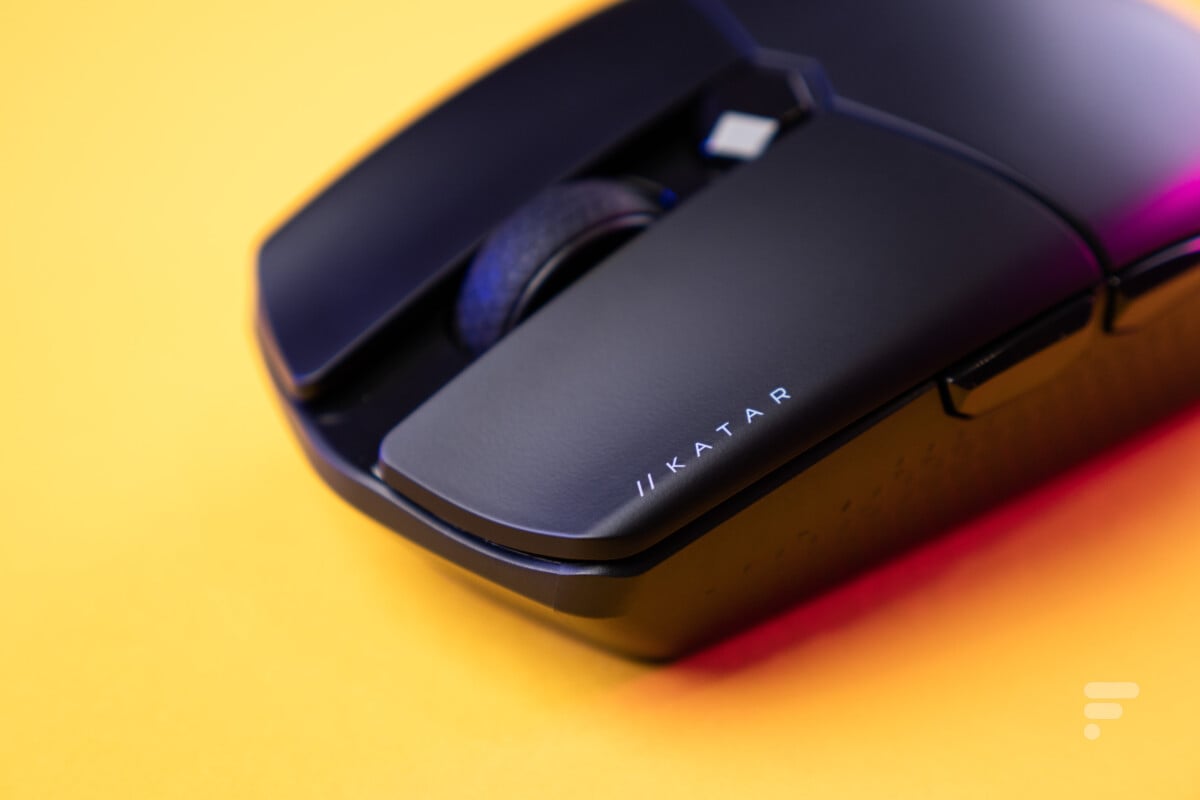 The wireless link showed no signs of failing during our tests. As always, no latency is felt and it is impossible to tell the difference with a wired connection. In Bluetooth, the latency is logically more important and it will be necessary to reserve this connection for office automation uses.

The new iteration of the Corsair Katar is equipped with the same optical sensor as the Saber Pro that we tested. This sensor is, on paper, very efficient with a sensitivity of 26,000 DPI, a definition of 650 IPS and support for acceleration up to 50 G. 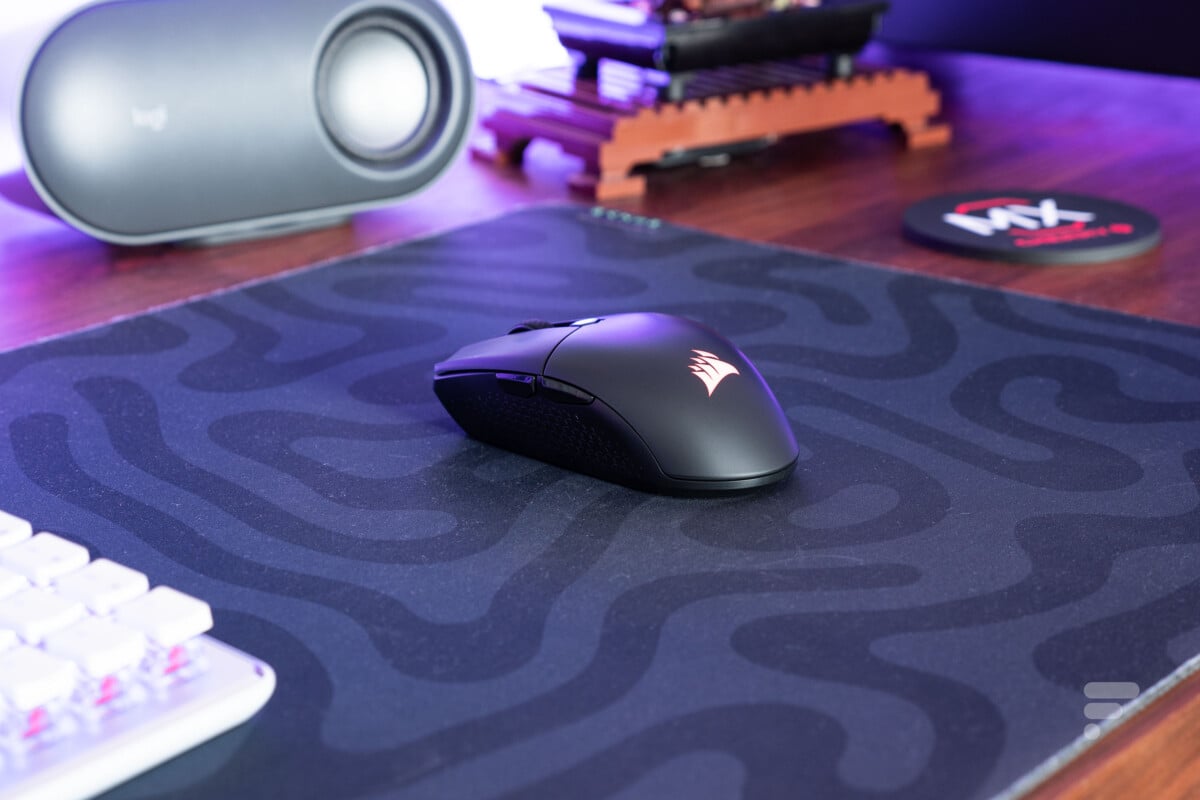 In use, and as on the Saber Pro, we have nothing to complain about this sensor which is effective in all situations. The Katar Elite Wireless was mostly tested on FPS and it showed no signs of failing, providing efficient and accurate tracking. 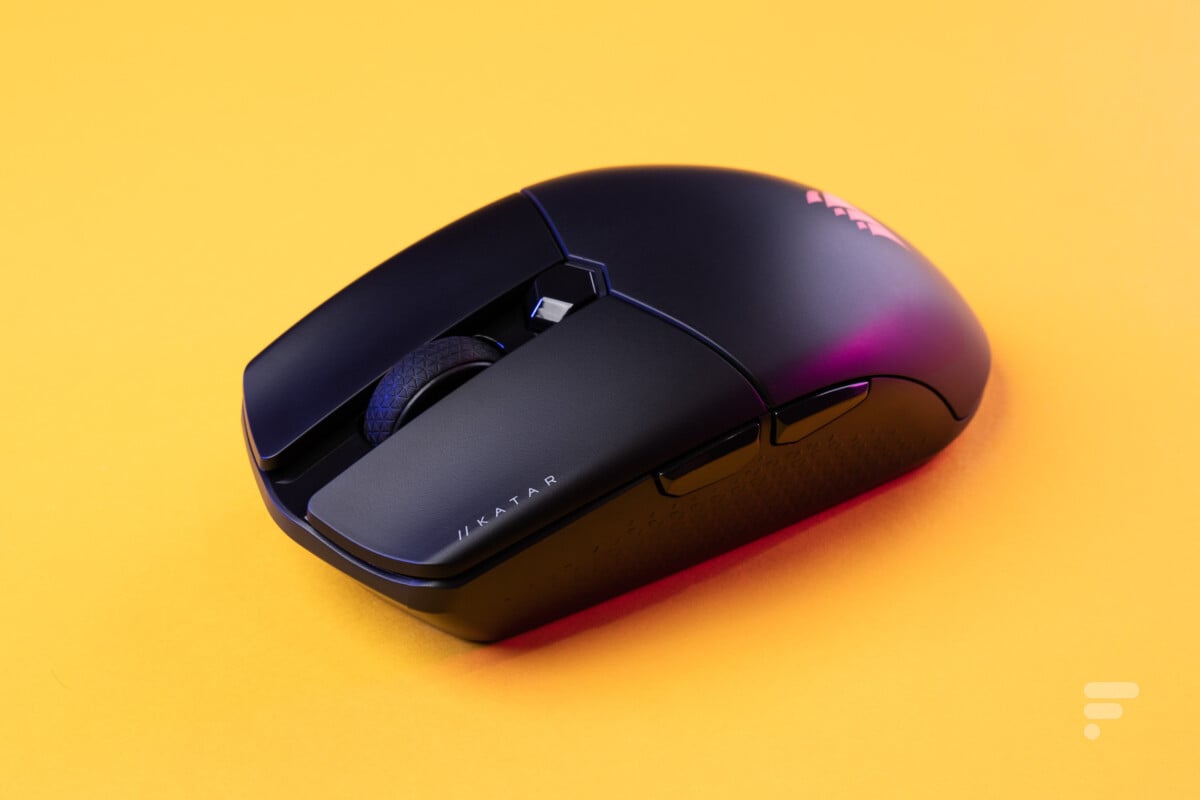 Beyond the sensor which, as you will have, is faultless, this Katar Elite Wireless scores points thanks to its very responsive buttons and its lightness. Using a Razer Orochi V2 on a daily basis, we were particularly impressed by the overall experience offered by the newcomer from Corsair.

The Corsair Katar Elite Wireless mouse is available at the recommended price of 80 euros.

Aroged: Activision Blizzard told how many employees of the company belong to ethnic minorities

The Huawei Watch GT 3 SE is official: A nice technical sheet at a contained price | NextPit