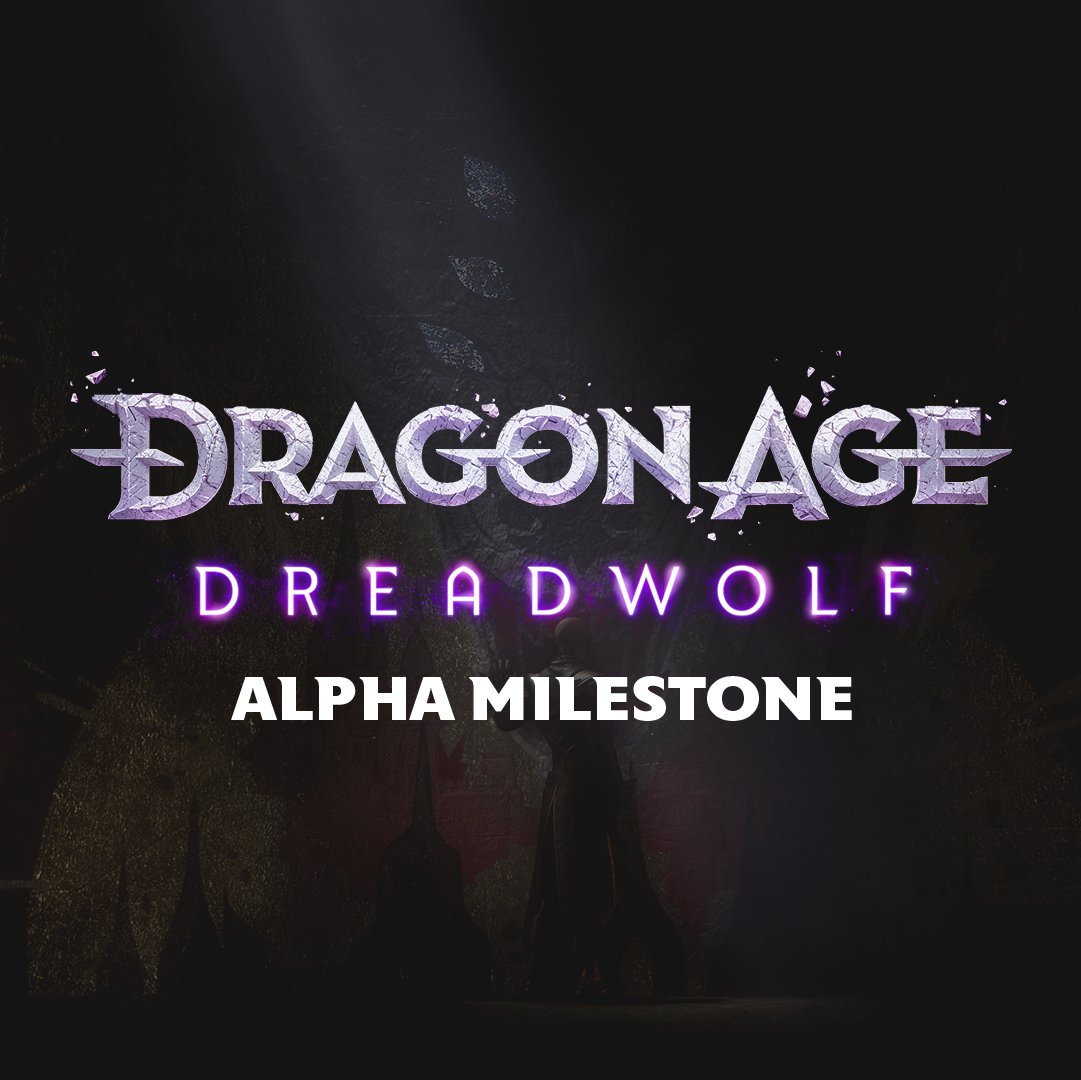 BioWare announced on its official website that Dragon Age: Dreadwolf has passed the alpha testing stage and now the game can be played from start to finish. Now the developers will focus on working out the visualization to its final form and improving the gameplay. The full text of the news in Russian can be read below:

In my last article in February, I revealed that a new Dragon Age™ game was entering production. Well, we’ve come a very long way since then, and we’re incredibly excited to announce tremendous progress on what you now know as Dragon Age: Dreadwolf™. We have just completed the alpha testing phase!

All this time we have been working hard on various parts of the game, but only after alpha testing the game is put together. Now for the first time we can experience the whole game, from the opening scenes of the first mission to the very end. Now we see, hear and feel the whole game as a whole.

Of course, work on the game is not finished yet, but alpha testing is considered one of the most important stages of development for a reason. Now we can focus on polishing the visualization to its final form and improving the gameplay. The main question now is: “Where exactly do we need to focus our efforts?” To answer it, we collect the opinions of various people, including members of the Community Council, each with their own unique worldview and life experience. We also seek the opinion of our quality assurance team and internal testers. Through the varied feedback, we learn where we need to spend more time and effort to improve the game experience.

In addition, we can now evaluate the overall pace of the game and how the player’s relationships and progress develop, as well as how cohesive the narrative is, that is, how the whole story is perceived as a whole. We can see if we’re good at communicating the story through the characters, dialogue, animations, and the player’s adventure itself. Now that we have the ability to fully play the game, we can double-check and polish the most important details for fans.

Alpha testing was the culmination of the efforts of the whole team, and we decided to celebrate this event together. We held an event where employees attended both in person and remotely, and our team showed their work to everyone at BioWare. We even found time to take a break from work and have fun in a virtual quest room where we had to work together to help the other find a way through the camera. We had a great time. No matter where our developers are located, these moments are very important.

FROM START TO FINISH

Now that we can finally get a feel for the entire game, I can safely say that what I love most about the game is the characters. Companions, allies, and villains are seamlessly woven into the game: we’ve always said that Dragon Age games are first and foremost stories about people, and in the new part it feels like never before. Characters help to better understand the world and what is happening around. I look forward to the moment when we can talk about them in more detail.

We’re also excited to be able to show our fans parts of Thedas that we previously mentioned but haven’t yet explored, such as the city of Minrathous, the capital of the Tevinter Empire. We’ve covered Minrathous in previous games, and now you can finally visit it! This city was built and exists thanks to magic, and this largely determines its appearance. You will immediately notice how impressive it looks in comparison with other cities that were in the previous parts of Dragon Age.

As I mentioned, the completion of alpha testing is extremely important for us, but we still have a lot of work to do. We want to continue to communicate as transparently as possible with you, our gaming community, and keep you up to date on what is happening. I hope you enjoyed our news about the development of Dreadwolf this year, we will be happy to share them in the future!

Of course, BioWare™ isn’t just working on Dreadwolf! One of our teams is hard at work developing the concept for a new single player game in the Mass Effect™ series. We look forward to celebrating November 7th, N7 Day, with our community. The SWTOR team is also continuing to work on updates to the game, so keep an eye on SWTOR.com and their social media for more details on the next update.

It’s just an amazing time for BioWare! We will be able to show you so many cool things in the future. Thank you for being with us. We wouldn’t have made it without you.

Take care of yourself!

Lomachenko defeated Ortiz in a very difficult fight on points. Ahead – Haney!