Gotham Knights: First update is here – at least for PC

Gotham Knights: On Ps5 And Xbox Series Only In 30 Fps

While Gotham Knights has been well received by players, it still suffers from some technical issues. Now the first update is here, but it doesn’t fix everything. 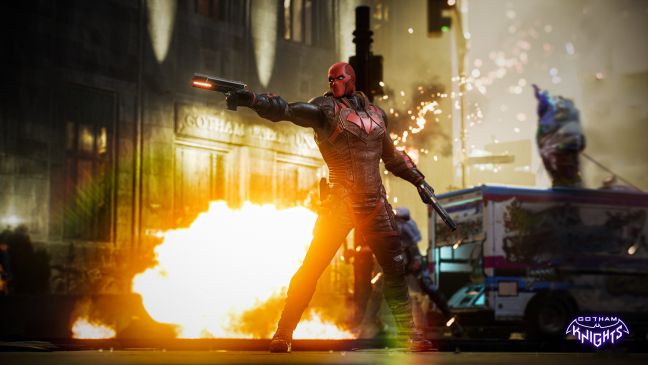 Gotham Knights isn’t perfect, but it does have its good points. However, the technical implementation is not part of it in all areas, and the performance in particular could be significantly better. Now a first update has been released, which should at least fix some problems – unfortunately, performance is not one of them.

Issues with graphical settings not being applied properly or keyboard and mouse input issues should now be resolved. Various UI and localization issues have also been fixed. Joining via invitation from friends should also work better now.

Here are the patch notes for the update:

Fixed an issue that was preventing being able to join friends through invites.

Various crash fixes throughout the title, most notably during the S.T.A.R. Labs “free the scientists” fight and the Harley Quinn Hospital Boss Fight.
Fixed an AMD specific crash related to shadows.

Felix takes to the dangerous streets of Gotham City. In Gotham Knights, however, you don’t slip into the role of Batman, but control four new heroes. But this idea doesn’t work.

Call of Duty: Modern Warfare 2 only offers 70MB on disk - the rest will have to be downloaded

Marchenko lost the opening match at the tournament in Italy

Gran Turismo 7: The November update has a long-awaited feature