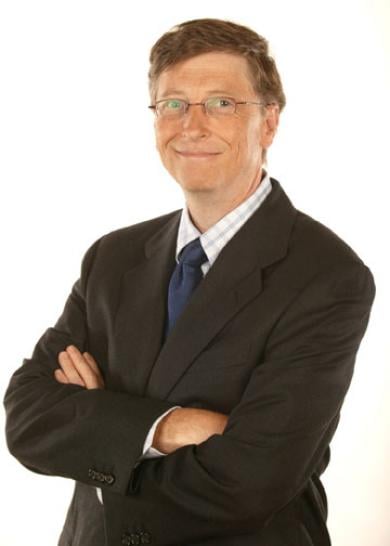 28.10.2022 at 00:01 from Henner Schröder – Happy Birthday, William Henry Gates – because he was (born) on October 28th. Every day, PC Games Hardware takes a look back at the young but eventful history of the computer.

…1955: From hobby programmer to meanwhile the richest man in the world: The career of William Henry Gates III, known as Bill, who was born on October 28, 1955 in Seattle, is unprecedented. Twenty years later, together with his college friend Paul Allen, he founded Microsoft, which would shape the home computer market for decades with its operating systems – and not only make Gates rich, but also famous beyond the borders of his profession. Alongside the late Apple co-founder Steve Jobs, he is probably the best-known person in the computer world and will remain so beyond his active career: In June 2008, Bill Gates retired and left Steve Ballmer as the head of the company, but stayed with his old company as a Get Advisor.

…1983: Although the first commercially used transistor was developed at Texas Instruments, an employee of this company had also invented the integrated circuit. Nevertheless, the computers from Texas Instruments remained unsuccessful against the powerful home computer competition from Atari and Commodore as well as against IBM’s emerging PC – so on October 28, 1983 the company announced its exit from the computer market.

Buy PS5: Can still be ordered from Amazon Playstation 5! (update)

Fighting game Breakers Collection will be released in January

Cyberpunk 2077 resuming on Steam: the latest reviews are almost all 'very positive'