After years of resistance, Apple will finally switch to USB-C on its iPhones. The adoption of a law requiring the use of USB-C by the European Commission will force Apple to abandon its Lightning port on the next iPhone. The iPhone 15 could thus be the first to have a UBS-C port.

In an interview with the Wall Street Journal, Greg Joswiak, Apple’s marketing manager, said the Cupertino company will comply with the new European regulations. The manufacturer will switch all its devices still equipped with a Lightning port to USB-C.

Although the company will comply with the new regulations, Greg Joswiak also indicated that Apple was not entirely convinced by this initiative. He said, “We have no choice. As we do around the world, Apple will comply with local laws.” He also pointed out that the EU had also tried to force them to use the micro-USB port before, but they ended up seeing the disadvantages of the old port compared to Lightning. It’s disconcerting that they haven’t disclosed the reason for the remaining disagreement with USB-C.

The Apple official did not specify exactly when the first iPhone with USB-C port would arrive. But according to previous rumors from famous leakers, Apple is already testing a version of the iPhone 15 with a Type-C port. We don’t yet have details that might suggest whether all iPhone 15 models across the world will have a USB-C port. 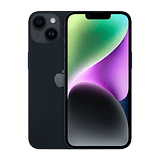 The iPad 10 (2022) became the last standard iPad to have a USB-C port. This only increases the chances of the iPhone 15 and other Lightning-equipped devices moving to USB-C. More importantly, the EU’s planned implementation won’t come until the end of 2024, but it’s up to manufacturers to decide whether they’ll adopt it sooner or not.

Do you think Apple is switching to USB-C already on its next iPhone?

Samsung secures Unicode 15 emojis with One UI 5.0 before competitors

LEGO promo: one of the most complex monuments in the world is at a destabilizing price on Amazon

Splinter Cell is being adapted as a… radio show

No, inflation is not the only reason for the drop in smartphone sales