Everyone’s favorite loudmouth Deadpool’s takeover of the Marvel’s Midnight Suns Twitter account is bearing fruit – in the form of superheroes coming as DLC. 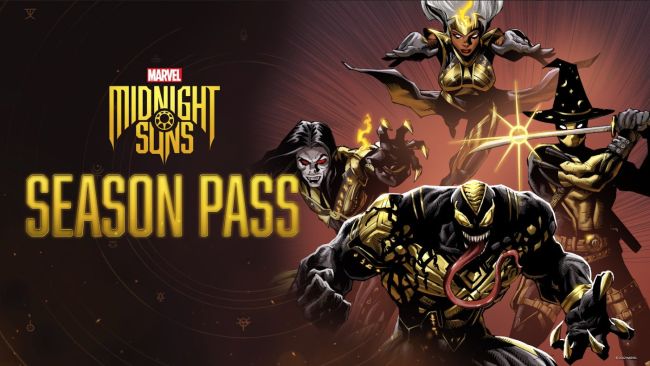 Now it’s finally confirmed. In addition to Storm, Venom and Morbius, Deadpool will also join the game as a DLC character. As suspected, there will be four DLC packs as part of the Season Pass, each revolving around one of the four heroes with new missions and enemies.

The Season Pass includes 4 DLC packs with even more allies for the team, including:

DLC Pack 1 – Deadpool: The pouty-lipped mercenary with a heart of gold has a penchant for rampant violence and rollicking banter that breaks the fourth wall.

DLC Pack 2 – Venom: Spider-Man’s nemesis and one of the game’s main bosses becomes playable in DLC 2, equipped with all of the symbiote attacks that once threatened the lives of everyone in Midnight Suns.

DLC Pack 3 – Morbius: One of the original Midnight Sons from the comics, he is a skilled biochemist who turned into a living vampire while attempting to cure his own rare blood disease.

DLC Pack 4 – Storm: The powerful member of the X-Men has the ability to generate and manipulate wind, lightning, rain and other weather phenomena.

Alongside these heroes and their respective abilities, each of the four DLC packs included in the Season Pass will bring new story missions, a new Abbey upgrade, and a selection of new skins and outfits upon release. The Season Pass also includes the Legendary Premium Pack, which includes 23 premium skins such as the Blade 1602 skin, Captain America Future Soldier skin, Iron Man Iron Knight skin, and Spider-Man Demon Spider skin.

A few days ago, Deadpool took to the Marvel’s Midnight Suns Twitter account and quickly made it clear that this isn’t without reason. In the meantime, the super loudmouth has already announced three heroes who will join the game after the launch, probably as part of the Season Pass. According to reports, there will be four DLC packs, each with a hero and new missions and enemies.

First up was the announcement that Storm from X-Men would be coming, topped off with some artwork to match. Second in the league is Venom including Eddie Brocks, also an old acquaintance. The third character that has now appeared on Twitter is Morbius.

If the announced heroes match the four DLC packs mentioned, basically only one is missing. What are the bets that this is Deadpool himself? We’ll probably find out shortly. In any case, we have to wait longer for the game, which will be released on December 2nd for PC, PS5 and Xbox Series X/S, and at a later date for PS4, Xbox One and Switch.

Apple: iPad Pro will be a replacement for a laptop

[PLUS] Practice: Optimizing subtimings for DDR4 RAM for Ryzen 5000