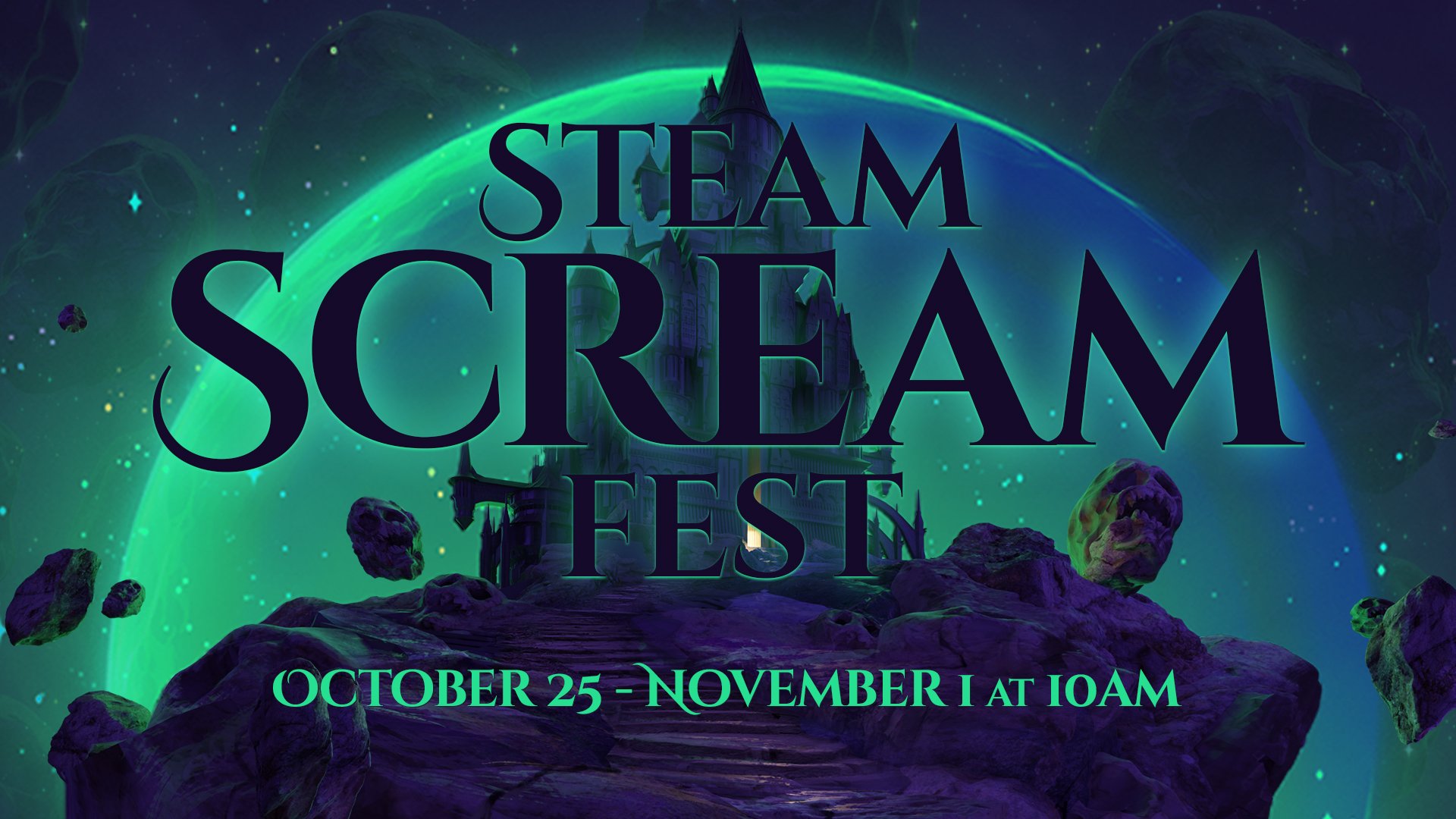 October 27th, 2022 at 4:21 p.m. by Rhonda Bachmann – Halloween is just around the corner and so that the players can get a good scare at the beginning of the dark season, there is a new sale on Steam. The “Steam Scream Fest” has been running since October 25th and will last until November 1st. The focus is – how could it be otherwise – spooky or macabre titles and games that celebrate Halloween events.

Just in time for the upcoming Halloween, the horror is also making its way onto Valve’s Steam gaming platform. The “Steam Scream Fest” has started, which runs from October 25 at 7 p.m. to November 1 at 6 p.m. German time. The focus is on all kinds of scary games that want to lure users with discounts. In addition, other titles will also be presented, which themselves celebrate Halloween events in their respective worlds.

In addition to the scary games, some popular titles are currently reduced on Steam. This includes, for example, The Witcher 3: Wild Hunt, which is reduced by 80 percent during the campaign. The predecessor The Witcher 2: Assassins of Kings in the Enhanced Version can currently be dusted off cheaper on the platform. The title is reduced by 85 percent and only costs 2.99 euros during the campaign period. The Ultimate Edition of Control is also 70 percent cheaper, while the price of Plants vs. Zombies Garden Warfare 2 Deluxe Edition has been reduced by 75 percent.

Of course, there is also a lot on offer for horror fans. For example, the vampire survival hit V Rising is currently reduced by 20 percent. The Outlast parts and several parts of the Resident Evil series are also cheaper. In addition, Gloomwood, which was released into Early Access in September, has also been reduced. The title was inspired by the survival horror games of the late 90’s and early 2000’s.

In addition, some Halloween events in various games are also presented. For example, there are currently scary events in titles such as Two Point Campus, Final Fantasy 14 or Destiny 2. The popular action roguelike Cult of the Lamb is also taking part in Halloween. The Blood Moon Festival is currently running in the game. In addition, the title is reduced by 20 percent.

Amiibo Inkling, Octoling and Salmonello from Splatoon 3 - now on pre-order on Amazon

VIDEO. Dynamo held the final training session before the match with AEK

"Time is running out": there was a release trailer for God of War: Ragnarok