Through an article published on the pages of GamesIndustry.biz the team of PlayStation London Studio today he revealed that he is working on a game, still untitled, in PS5 exclusive with fighting multiplayer co-op and set in a fantasy version of London.

From the article, which includes a lengthy interview with some key members of the studio and official artwork, we learn that the game will be a live servicetherefore it will be supported after launch with constant injections of new content, and which is developed with the help of the Soho Engine, the studio’s proprietary graphics engine.

In this regard, co-studio head Stuart Whyte, stated that theengine it was built to match the characteristics of the new PlayStation London Studio IP and will fully exploit the potential for PS5, despite some of the tools coming from past VR projects.

“Our Soho Engine, our internal game engine, is at the heart of what we’re making,” says Whyte. “This is an engine built from the ground up for this generation of hardware and the needs of the game we’re making. It’s designed to take full advantage of PS5. But it’s fair to say that some of the tools we’re using go back to the technology of VR Worlds and Blood & Truth we had on PS4. Because ultimately VR games have to have super-efficient engines. ” 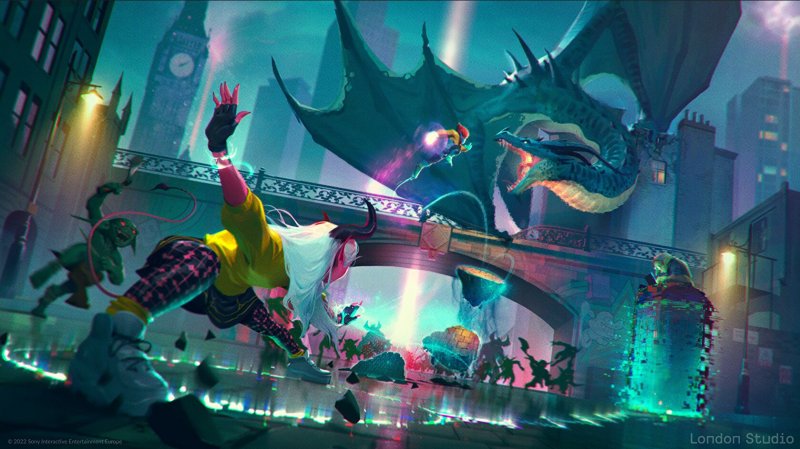 Co-studio head Tara Saunders added that this is London Studios’ most ambitious project ever and that the game world was built to mix magical and fantasy elements with the real world, hence the idea of ​​a London Fantasy.

“It’s our most ambitious game yet,” Saunders said. “We will take all of our innovation DNA and use it for this online cooperative fighting game.”

“In our concept art (the image above, ed) you can see a glimpse of a modern fantasy London. Our overall theme is about mixing fantastic and magical elements with familiar worlds, and no one is more familiar with London than we are.”

For the moment, no further details have been revealed on PlayStation London Studio’s mysterious multiplayer fantasy IP. Not officially at least. As you may recall, in May the studio published a job announcement in which we learned that the game will offer a story that will continue to evolve from update to update after launch.

Best The Sims 4 tricks, from infinite money to free houses

Elon Musk arrives at Twitter headquarters with a... washbasin!

The release of the stealth horror Hello Puppets: Midnight Show