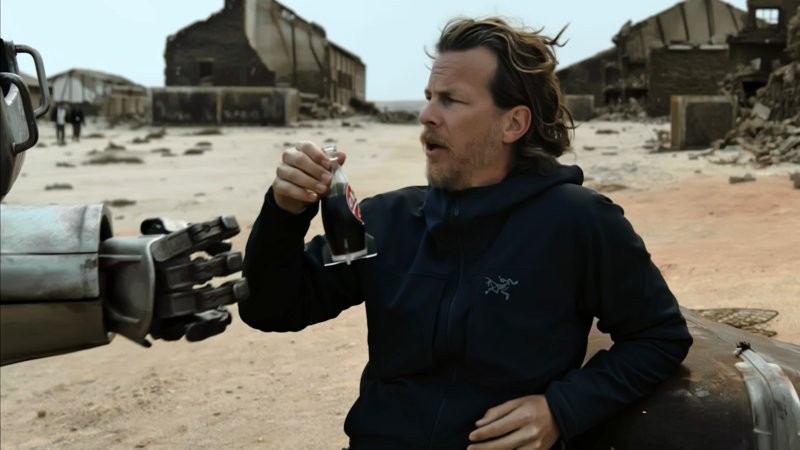 To mark the 25th anniversary of Fallout, Bethesda is releasing a series of short videos featuring interviews with Todd Howard, Tim Kaine and other developers responsible for bringing games to life over the past quarter century. Interview topics range from the debate over what shade of green was supposed to be in Fallout 3 to New Vegas was originally intended to be DLC for Fallout 3.

But Fallout is now not only a game series, but also a television series. Amazon gave us a single image yesterday, and in today’s new video, we were able to see a little more, like one of the sets, a small piece of power armor, and even a bottle of cold, refreshing Nuka Cola.

In the video, Todd Howard talks about moving Fallout from video games to TV, saying he’s always wanted to work on a Fallout adaptation with Jonathan Nolan, Interstellar writer, The Dark Knight writer, and co-writer/director of HBO’s Westworld series. “.

Nolan is now a writer, director and executive producer of the series, and Howard talks about how they approached him to collaborate on Fallout. “He turned out to be a big fan,” says Howard.

Jonathan Nolan on the set of Fallout. “Fallout? I love video games. I’m not familiar with Fallout,” Nolan says, completely deadpan. “Tell me a little about her.”

To the left of the screen, a hand reaches out – it should be noted that the hand is inside a huge power armor – and hands Nolan a bottle of Nuka-Cola. After a sip, Nolan’s memory clears up. “Yes, Fallout! A post-apocalyptic, humorous, dark, dark, brilliantly written, annoyingly playable video game franchise.”

As for how Nolan got involved in the Fallout television series: “A few years ago, I decided I was going to write the next great American novel. And then a friend gave me a copy of Fallout 3. And now I’m working in television.”

Google Assistant and Discover should get new design on Pixel Tablet

Do you have to switch to fiber optics? Troublemakers take advantage of the end of ADSL

Finally a good multiplatform gaming headset at a low price!